Shah Jahan: The 5th emperor of the Mughal dynasty, Abul Manzar Shahabuddin Muhammad Shah Jahan,
was born on January 5, 1592. Shah Jahan, popularly known as Prince Khurram in the princely world,
ascended the throne in Agra on February 11, 1628, after the death of his father,
Emperor Jahangir. And given the title of Mumtaz Mahal to his wife Arjamand Bano. On June 7, 1631,
Shah Jahan’s beloved wife Mumtaz Mahal died while giving birth to a child. Shah Jahan,
who was fond of construction, built the magnificent “Taj Mahal” in Agra in memory of Mumtaz Mahal.
The construction of which started in 1632 and was completed in 1647. According to one tradition,
the map of the Taj Mahal was Ustad Ahmad Mimar Lahori, and another tradition.
It was designed by an Iranian architect named Ustad Isa. The Red Fort of Delhi,
Jama Masjid, Shalimar Bagh Tomb of Jahangir in Lahore,
Shahi Masjid of Wazir Khan Bhutta and many other buildings are also a manifestation of Shah Jahan’s great passion.
By the time of Shah Jahan, the Mughal empire had grown in size and stability. In the power struggle,
Nigel captured Agra and imprisoned his father Shah Jahan in the fort. He was imprisoned for seven years.
Shah Jahan died in this prison on January 23, 1666, at the age of 74. 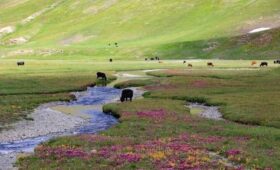 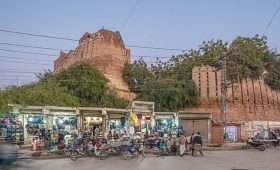 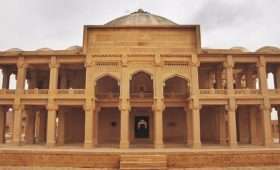