The Neelum Valley is one of the most beautiful places in Azad Kashmir Pakistan. It is also known as the paradise of Kashmir. This valley was previously named after a valuable stone known as Neelum, which is a paradox. The Neelum Valley is located in Kashmir, to the north and northeast of Muzaffarabad, and runs parallel to the Kaghan Valley.

It is distinguished from it by the presence of snow on mountains that are 4000 meters above sea level. It consists of approximately 370 large and minor communities. It is characterized by hills and mountains with spectacular valleys.

The valley is covered with forests, with streams and rivers running through it. This valley is bathed in the most magnificent glory and attracts a large number of visitors from both within the United States and from other countries. The valley can be approached in two different ways. One is from Kaghan Valley, while the other is from Noori Top.

The Neelum Valley district begins 43 kilometers from Muzaffarabad. The site is also known for its mineral mining, which is exported to various places throughout Pakistan.

Additionally, there is a LOC (Line of control) where families can travel the bridge twice a month and meet their family and kids on the opposite side of the bridge. A tourist seventeenth-century fortress was built by the town’s founder, chief of the Chak tribe titled Muzaffar Khan, to fend against Emperor Akbar’s Mughal army. 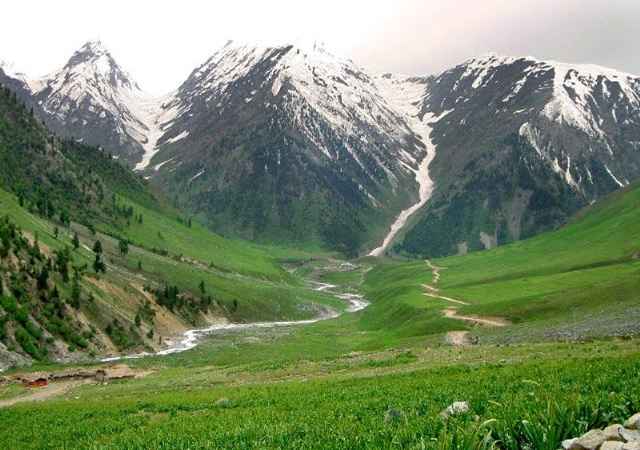 Is there a best time to visit Neelum Valley? It is the most often requested question by visitors. In Neelum Valley, each season has its own charm. It makes no difference whether it’s December or June. Up until Keran, Neelum Valley is open all year.

The best time to visit Neelum Valley is between March and October if you want to explore it all the way to Taobat. In the winter, when it snows heavily, the connecting roads are closed due to snowfall, which is a common occurrence. The greatest time to travel for hiking is from mid-July to mid-September. The Ratti Gali, a beautiful lake in Neelum valley, opens in July.

The Neelum valley is located next to the well-known Kaghan valley. It unquestionably provides reasons to fall in love once more.

How to get to Neelum Valley

From Islamabad to Neelum Valley

You may need to go from Islamabad to Muzaffarabad, which is located between the Neelum and Jhelum rivers.

The journey from Islamabad to Neelum Kashmir takes 2 hours and 32 minutes. The distance between Islamabad and Neelum Valley is approximately 127 kilometers (78.9 miles) or 68.6 nautical miles. The time it takes to travel a distance in an automobile is referred to as travel time.

You can find a number of tourists planning for the Islamabad to Neelum Valley tour.

From Muzaffarabad to Neelum Valley Kashmir

If you travel by car from Muzaffarabad to Neelum Valley Road, Kel, it will take you 3 hours. 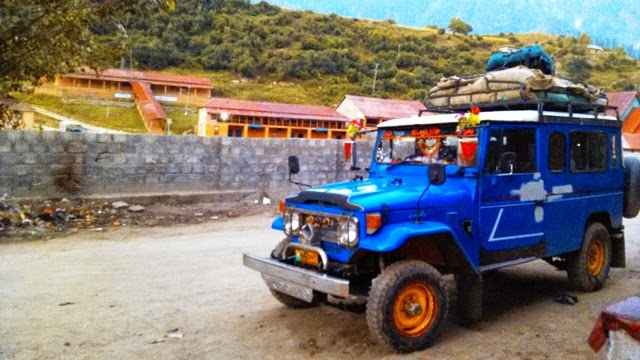 Where to stay in Neelum Kashmir Pakistan 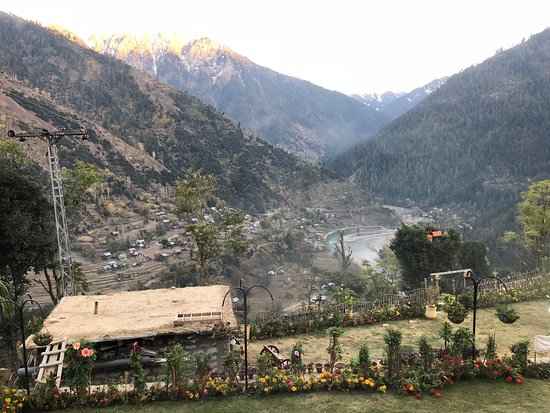 Green Village Resort is located above the River Neelum in Upper Neelum Valley, offering a stunning landscape and a birds-eye perspective of the Line Of Control (LOC). It’s a great place to unwind and explore the area around Ratti Gali Lake, including Sharda, Kel, Arangkel, and Taobat. 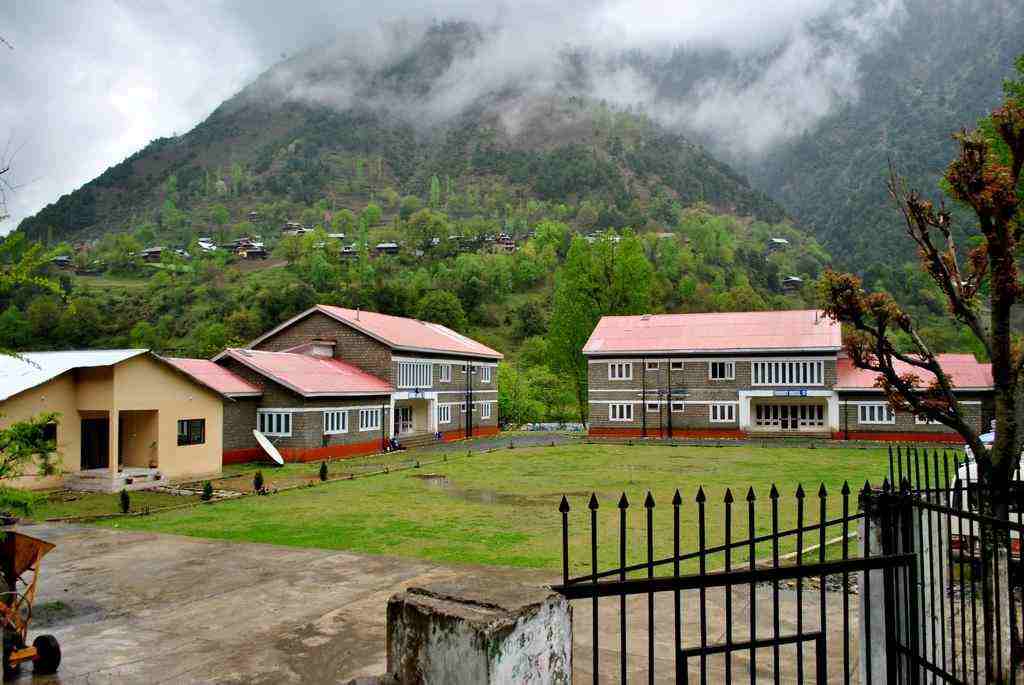 Keran Resort is set in a beautiful setting in Keran, Neelum Valley. It’s on the banks of the River Neelum, with a view of the Indian side. Both sides are patrolled by the Pakistani and Indian military. The rooms are excellent and provide with all of the necessities. 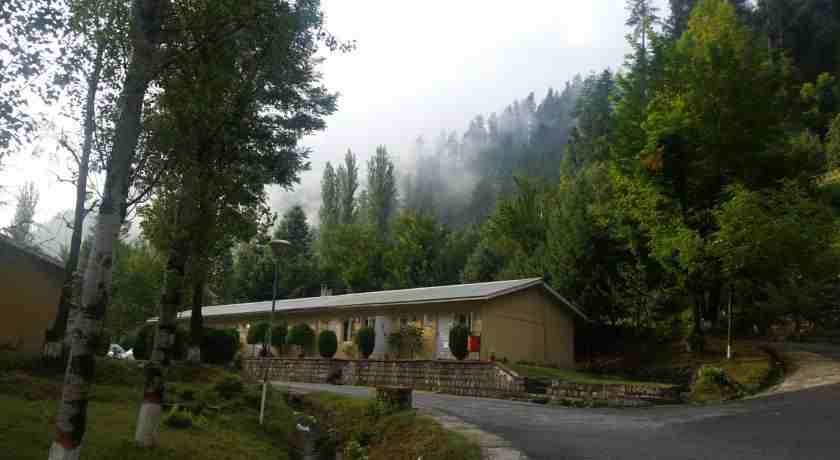 The Kutton Jagran Valley is home to the Kutton Jagran Resort. A beautiful waterfall is located on the road to the resort and is a remarkable sight. It is one of the several luxurious hotels in the Neelum neighborhood. 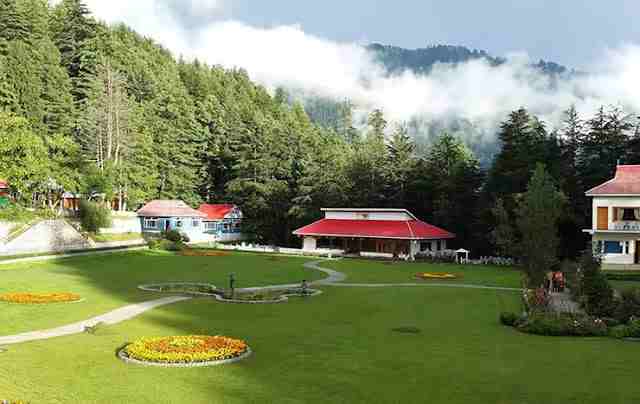 One of the top hotels in Keran, Neelum Valley, is Pine Park Lodges Keran. In Keran, it is in a beautiful location with a river view. Every room is tastefully decorated and features a view of the river and a garden. A restaurant and a balcony are also available at this motel. 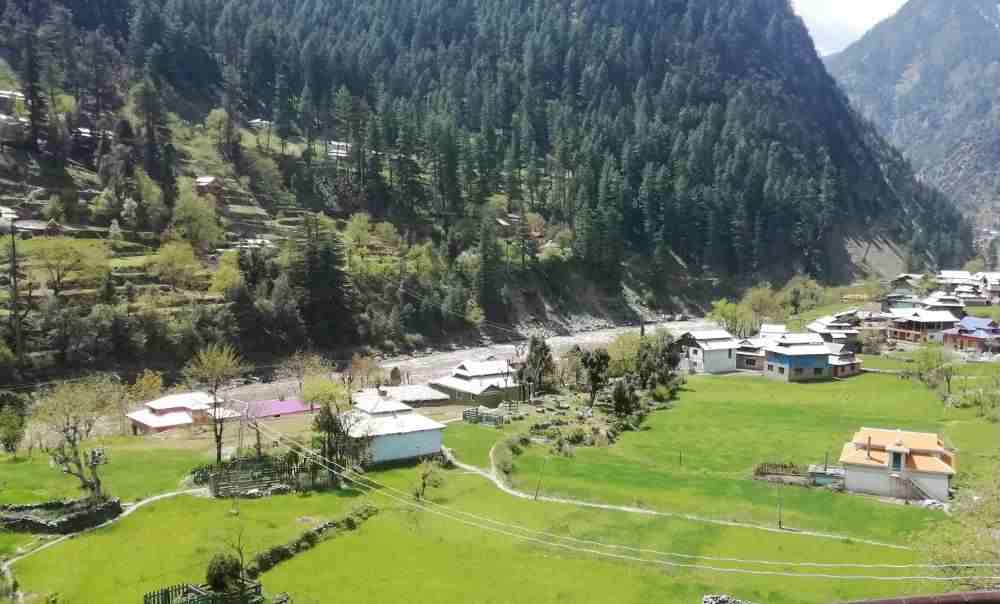 Midway Lodges is another alternative with a spectacular view of Neelum Valley. A restaurant is also located there. The front-facing rooms in the restaurant provide access to a garden and a terrace. The motel provides a continental breakfast.

Another good site to stay in Keran, Neelum Valley, is Neelum Good View Resort. It boasts a pleasant garden view, and each room has a balcony. The rooms are well decorated and equipped with essential conveniences to ensure that guests have a pleasant stay. 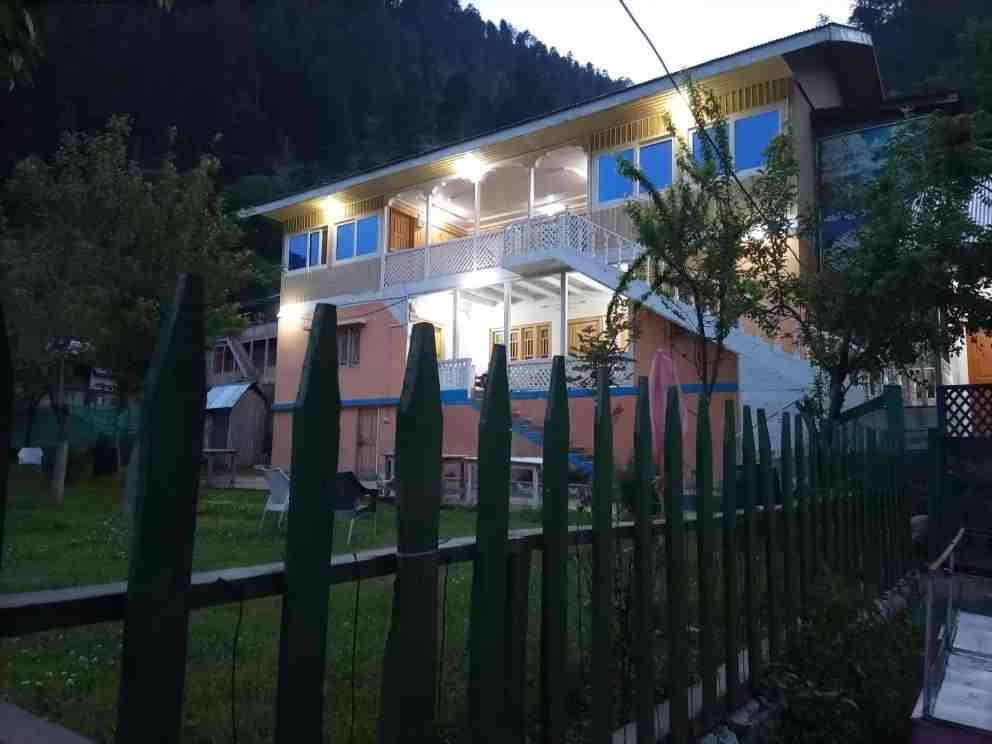 Things to do in Neelum valley Azad Kashmir

Go to the Muzaffarabad highway if you want to travel from Islamabad to the Neelum Valley. If you are coming from another part of Punjab, there is also a Lahore bus service to Neelum Valley.

Nature is so blessed that every region of the valley has its own unique appeal, depending on the tourist attractions of the Neelum Valley. Besides these beautiful sites, you can be sure to have a great time in Neelum Valley. White-water rafting activities, hiking adventures, boating pleasure, and kayaking are all available.

Neelum Valley is an underestimated destination with greater natural beauty than many other areas of Pakistan, from lush green meadows to stunning snowy mountains and flowing rivers.

In the Neelum Valley tours, one of the gorgeous sites to visit in Neelum Valley. It provides travelers with breath-taking sights that have captured their hearts. The remains of Sharada Peeth, a notable temple and an old seat of learning that dates back to the 9th century and is known as Sharda University since it was formerly a location where Hinduism was learned, may be found here. Researchers are drawn to the ruins because they tell historical stories about Sharda. 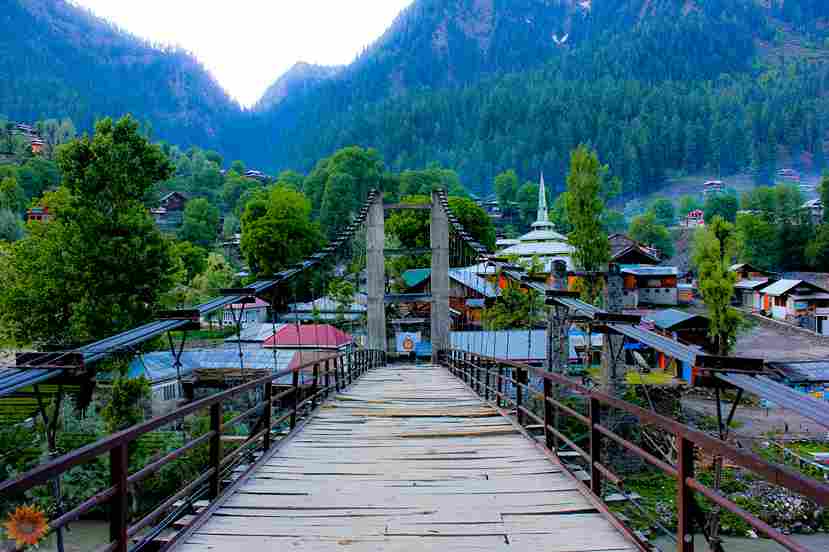 Ratti Galli Lake is a glacial lake with beautiful vistas that gets its name from the dark red flowers that grow around the mountains. Green pastures surround it, and hawks and otters can be seen strolling the beaches. Due to the rough topography, trekking to this magnificent lake is the only choice. The lake is inaccessible during the winter season because of its high height. The greatest time to visit Ratti Galli Lake, however, is between May and August, when you can see every feature of this beautiful lake. 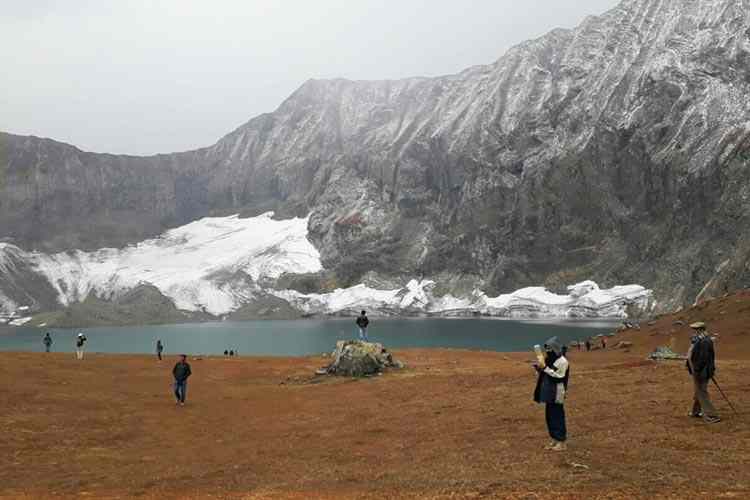 The Neelum Valley is home to beautiful rivers where you can go white-water rafting, boating, and kayaking. You can make new acquaintances while competing against each other. The greatest time to visit Neelum Valley is during the summer. 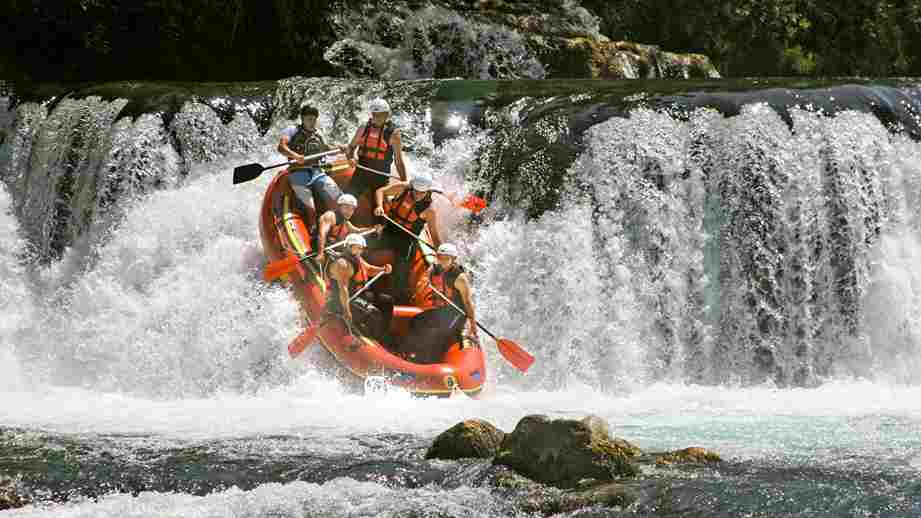 You will not be disappointed if you watch the snow kiss the trees or see the waterfall in Kutton. Neelum Valley offers the best panoramic views in Pakistan, whether you are traveling as a group or as a pair. The beautiful architectural design is also worth seeing. 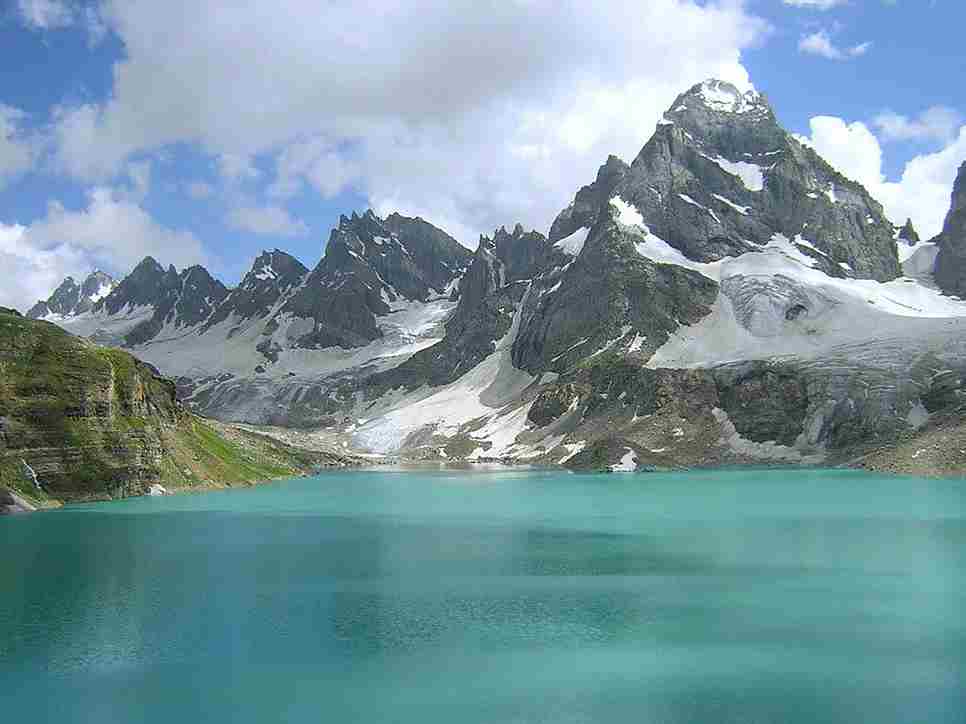 In Neelum Valley, top-notch restaurants and hotels serve delectable cuisine. The variety of mouthwatering delicacies on offer will not disappoint first-time guests. You should also pay a visit to Marco Polo Restaurant. 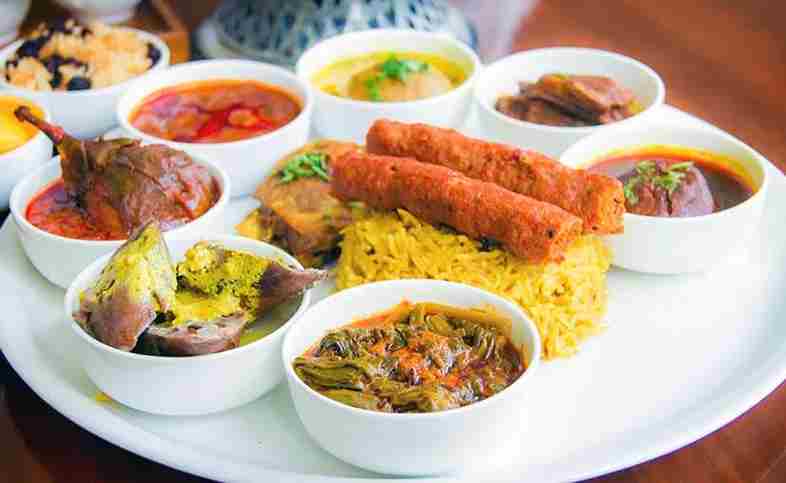 We’ve compiled a list of some of the Neelum Valley’s most well-known tourist attractions, including:

Urdu is the official language of this valley since it can be understood by almost everyone in the valley, which is the main reason for its existence. The local population, including Kashmiris, speaks Kashmiri, Pahari, or Hindko, which are all regional languages.

Kashmir neelum valley, on the other hand, has its own culture. The folks are knowledgeable, hardworking, and skilled. Because it is the capital of AJK, it is well-established, and the inhabitants here are more educated and sophisticated than in other parts of the Neelum Valley.

Carpet, Namda, and Gubba are among the handicrafts produced by the people of this valley. Their Silk Woolen Clothing is likewise well-known. Woolen shawls are also made. Aside from that, they are skilled at woodcarving and rug weaving.

Gushtaba is a popular dish in the region. This is the most popular dish among the Kashmiri people. Rice is consumed in large quantities. They do not consider a lunch or supper complete without rice. Tabak Maaz is also popular in this region, and its preparation is regarded as an art form and a source of pride in Kashmiri culture.

The majority of the residents in the valley are Muslims, accounting for 91 percent of the population, with Hinduism and Christianity accounting for the remaining 9%.

You need to buy Scom Sim from Azad Kashmir, but still, its services are limited, but a 3g net will also be available in villages.

They would never let you down because they cover every inch of the country in those lovely valleys and breathtaking mountains, from AJ&K’s Neelum Valley to GB’s Deosai, Astore Valley. SCO follows you around wherever you go.

So, when planning your next trip, don’t forget to include Scom’s SIM in your schedule to stay connected to the rest of the world via our cutting-edge network with the best connection and coverage in AJ&K and the United Kingdom.

Other network does not work properly in that area. Only Zong work in certain areas for calls.

Neelum Valley is opens for tourist at the start of the summer season. As a result, numerous tourism businesses provide  Kashmir group tour packages beginning in May and June. People from Gujrat, Gujranwala, and Sialkot can also participate along the road. Tourists from Karachi, Rawalpindi, Peshawar, Multan and all over Pakistan comes to the beautiful Neelam valley kashmir. Similarly, go to their website and see which bundle best meets your needs. Finally, select your preferred public group tour dates to take in the natural beauty of Neelum Valley Tour Packages 2022-2023. As a result, it is recommended that travelers take a road trip to Neelum Valley Azad Kashmir to fully see the region.

Here is Guide to 11 days tour Package to Neelam valley

Local guides for the tour in Neelum Valley can be available for your support. It helps alot

for people from other regions if they get a local guide.

The valley is without a doubt a wonderful destination to visit, especially with friends and family, because you can enjoy the gorgeous scenery and wildlife as well as the local cuisine and fruits. It can be an excellent summer outing destination where one can relax and appreciate the untamed deep forest while being near to nature.

It’s advisable to prepare ahead and check out services you’d like to hire before you arrive so you can be sure you’ll have a safe, pleasant, and comfortable time in one of Pakistan’s most beautiful and inviting regions. It’s not always easy to travel to some of these intriguing places, so it doesn’t hurt to ask for some assistance to ensure that you have the greatest possible experience. 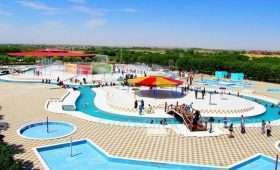 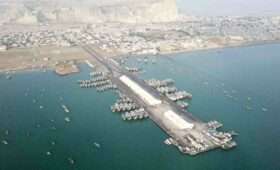