At 4300 metres, this soaring, massive tableland is one of the world’s highest plateaus, second only to the Tibetan Plateau. You will really be left breathless and woozy at the splendour of this site.

Deosai isn’t always simple to obtain or comfortable to live in. Even in the summer, it is bitterly cold, and there is only one horrible route that leads there.

But this is Pakistan, and we all know that nothing easy happens here.

Why Go to Deosai

One of northern Pakistan’s biggest natural treasures is the Deosai Plains. There are various ways to characterise it, including wild, barren, lush, and bizarre etc

Deosai is the very definition of spaciousness.

Once you arrive, all you can see is the sky and limitless meadows. The farthest landmarks are mountains that surround the plains on all sides, miles away. The entire region seems to me to be a miniature representation of the cosmos, as if the mountains are shielding the peaceful plateau from the prying eyes of the outside world.

The name Deosai translates to “Shadow of the Giants.”

Actually, Deosai has long been a well-liked tourist destination in Pakistan. Many people, both locals and visitors from other countries, come here to unwind and experience the emptiness for themselves.

You won’t find anything like Deosai while travelling through Pakistan. You’ll have the chance to experience one of the most mind-blowing and inspiring places on Earth if you come here for a few days.

Only from June to September, which generally corresponds to summer, is Deosai accessible. The road is only passable during this time of year because it is usually completely covered with snow.

The end of July is by far the greatest moment during those three to four months. On the plains, this is the time of year when the wildflower bloom is at its best. Prepare to see every colour imaginable because the sky up there may be a true kaleidoscope.

However, the summer months will bring a lot of mosquitoes. Around rivers and popular campers, they are an awful scourge. In the late morning, they’ll start to swarm, however if it’s windy, you might have a brief break from them. Bring highly effective mosquito repellent with you in either case.

Deosai can still be visited in the winter, but you’ll have to travel there entirely on foot. Also, make no mistake: this is not a casual crossing of the plains; it is an expedition. It’s bitterly cold up here and a little lonely, like an arctic crossing. 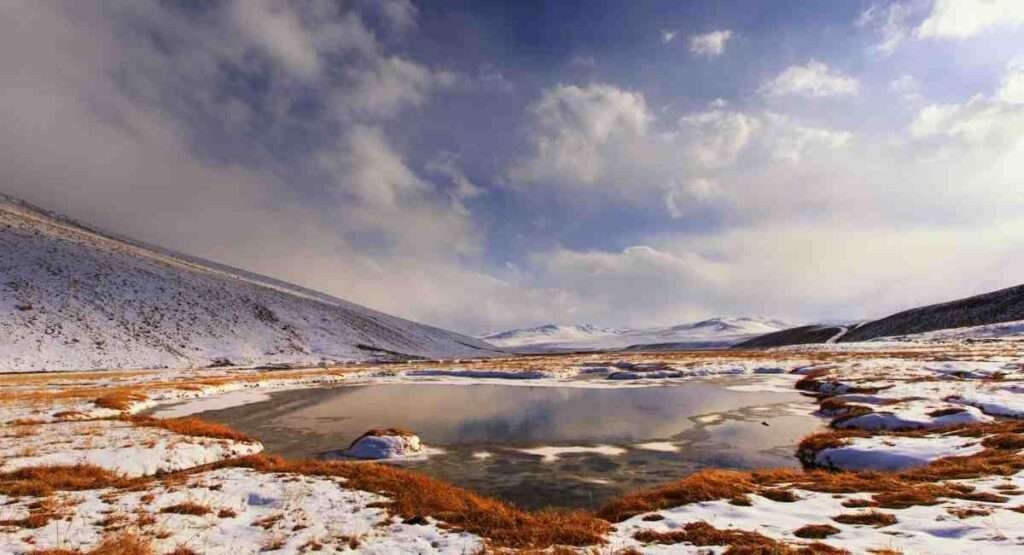 Getting ready for Deosai

One of the coldest areas of Gilgit-Baltistan is Deosai. Even in the summer, nighttime lows can be below freezing, and it’s not unusual to wake up to ice or snow. Pack for each season when travelling to Pakistan, as is customary.

Along with some casual apparel, bring some warm clothing. As the days can be warm but the evenings can be chilly, layers are your greatest friend.

You might not need to carry your own tent because tents are typically set up at the big camps. Despite this, you should still think about carrying a tent because the shared ones might be noisy and in poor condition.

Even if you decide not to carry a tent, you should be sure to take a comfortable sleeping bag and sleeping mat. Even if you might not have to cook it yourself, you should still bring your own food with you. If you stay in or close to a camp, the mess team will prepare your meals for you.

In addition to everything mentioned above, there are a few things that I always bring with me when I travel.

Deosai is traversed by just one road that connects Skardu in Baltistan to Chalam in Astore. Unless you plan a multiday trip, there are no alternative means to access the plains. Many people consider the route through the plains to be one of the worst in Pakistan since it is so difficult to travel on. After using the road three times, I can confirm that it is indeed not ideal; it is incredibly bumpy, fully unpaved, and full of potholes. However, it is not extremely hazardous as there are no large exposures or drop-offs that would be fatal (not counting the way up from Skardu, which is a bit hectic).

A two-day, one-night journey from Skardu to Astore that includes a stop in Deosai should cost between 12,000 and 15,000 rupees. For an additional 5,000 rupees, you can extend your trip and visit Rama Lake before or after Deosai. It takes only a few hours to get from Astore or Rama Lake to Raikot Bridge and the adored Fairy Meadows.

The bus stations are the ideal places to look for jeep drivers, or you can request one in advance from your hotel. Deosai can be traversed in its entirety in 3 to 4 hours.

If you’re self-driving, exercise extreme caution. Given that you are essentially in the middle of nowhere, this is not a good spot for a breakdown. Make sure your vehicle has a good ground clearance. 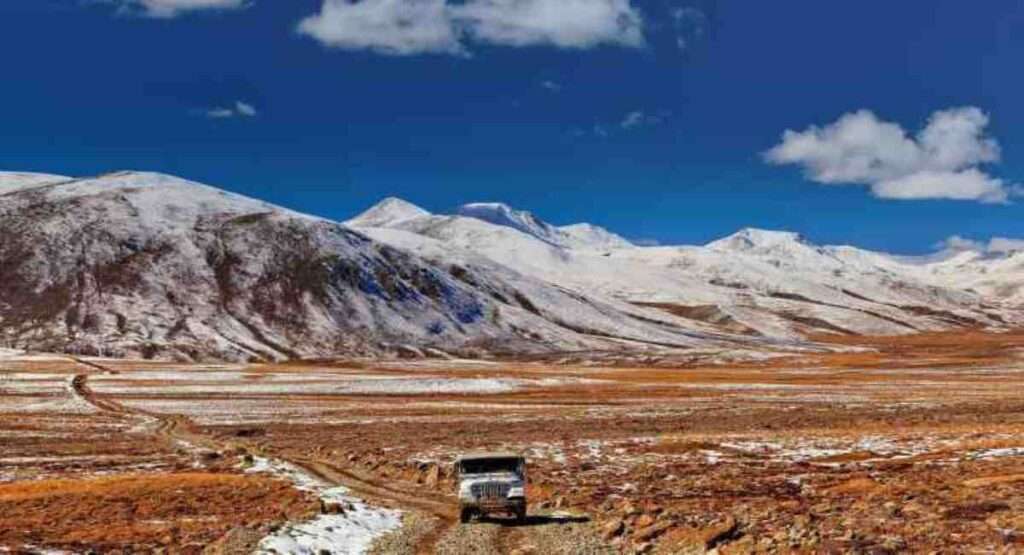 In Deosai, Bara Pani—which in Urdu means “Large Body of Water”—is the most well-liked and, arguably, the best lodging option. It boasts the most amenities and, in my opinion, the nicest vistas, to start. The hill behind the campground, which has an elevation rise of 300 metres, offers breathtaking views of both the lowlands and Nanga Parbat. Sunrise is quite beautiful.

You can use the community tents in Bara Pani, but I wouldn’t recommend staying there. Make your own tent camp a little farther away instead.

Although considerably smaller and calmer than Bara Pani, Kala Pani (which means “Black Water” in Urdu) isn’t quite as picturesque. Bara Pani is roughly 45 minutes distant.

The least developed of the three, Sheosar may not even have any facilities, depending on the season. Bring your own camping supplies if you plan to set up camp here.

Sleeping away from the campers is not advisable due to an active bear population. Guards who watch over the camps can either scare the animals away or alert you if they are around. It would be advisable to avoid this circumstance if you cook or have food close to your tent because you can attract bears.

Things to do in Deosai 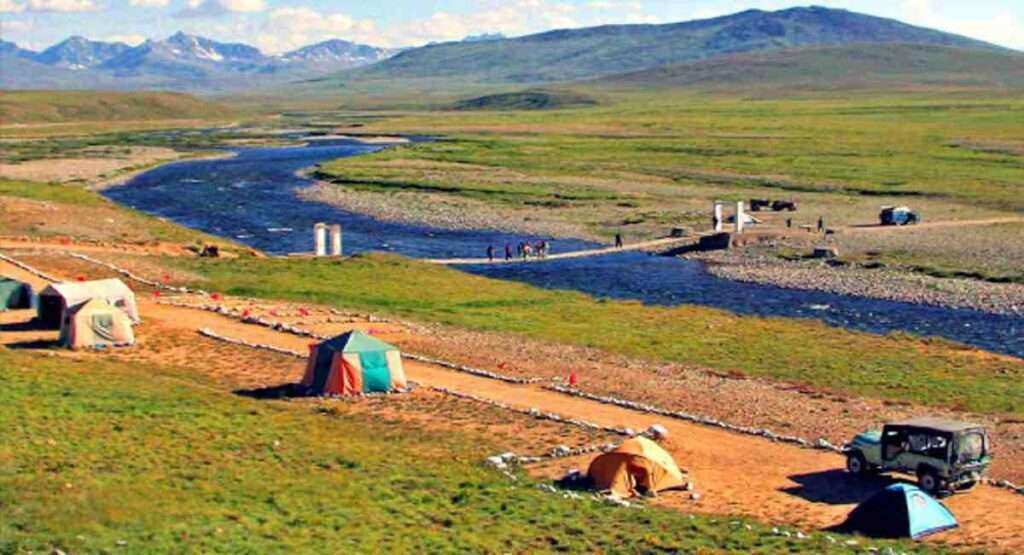 Respecting others in Deosai

The delicate environment of Deosai is home to a number of threatened species. It is our responsibility as travellers to preserve the places we visit and to leave them as pristine as possible. So that we and future generations can return and take pleasure in it equally.

Never leave food scraps behind; human food is a terrible contribution to the diet of the local wildlife. Always clean up after yourself, especially after breaking camp. In light of the foregoing, try your best to stay on the beaten path unless you know where you’re going and steer clear of exploring uncharted territory. Just keep in mind to only take pictures and leave no trace. 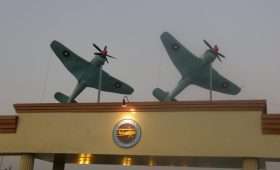 20 places to visit in Sindh 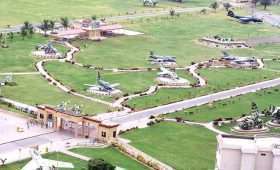