Chitral Valley is a valley in Pakistan’s Khyber Pakhtunkhwa province that runs along the banks of the Chitral River. The overall area is 57 square kilometers, and the predominant language spoken by the locals is Chitrali. The location is known for its tranquility, pleasant setting, and the tourist attractions available.

In the gorgeous Hindukush Range, Chitral is undoubtedly the most romantic, intriguing, and charming location. It is a hilly region in Pakistan’s far north. Chitral’s landscape is enigmatic, with high, rocky mountains, rich green valleys, gorgeous meadows, and massive glaciers, making it one of the world’s most difficult and inaccessible regions.

It is bordered on the west and north by Afghanistan, south by the districts of Dir and Chitral, and the east by Gilgit Baltistan. It is separated from Tajikistan by a small stretch of the Wakhan corridor. Furthermore, Chitral town is the administrative center of the Chital district, which is controlled by the Khyber Pakhtunkhwa government.

Based on all the important factors that any traveler should consider when visiting Chitral, such as cost of travel, weather, peak travel seasons, and so on, January-February is the best time to visit.

If you want to work on your tan in Chitral, August is when you’ll have the longest days between sun-up and sun-down. Avoid traveling to Chitral in April if you want to stay dry, as it is the wettest month of the year. 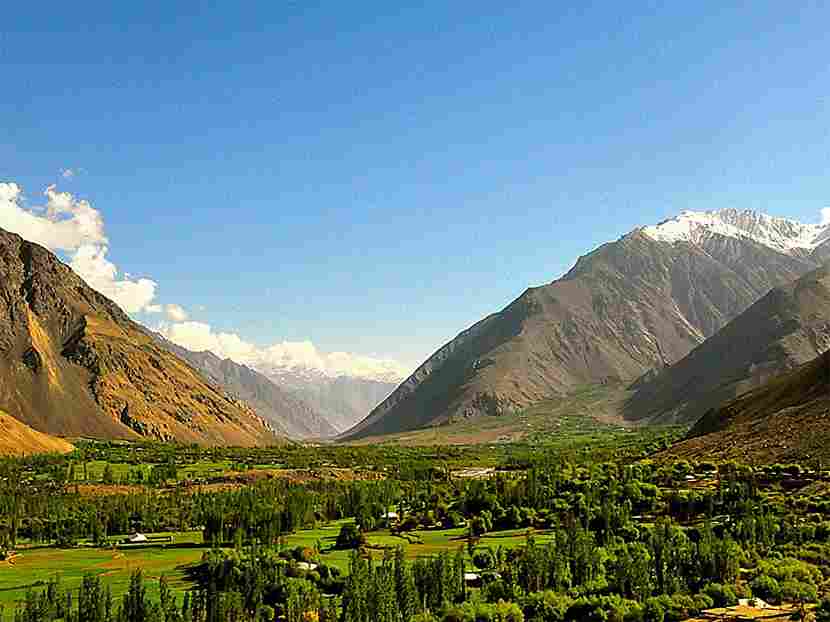 It is one of Pakistan’s most popular tourist destinations because of its natural beauty, including forests with stunning vegetation, high mountains, springs, and rivers that draw visitors from all over the world. The valley is regarded as one of Pakistan’s most tranquil areas. The Chitral River flows across this valley, adding to its beauty. The river, through its leakage, irrigates the forested and agricultural areas.

Due to its cleanliness and flow, the river’s water leaves a lasting effect on visitors. Furthermore, several bridges have been built across the river to allow access to the valley’s splendor and transportation. The Kalash people, who are the most welcoming and facilitate national and international visitors, live here in large numbers.

Hospitals, coffee shops, shopping malls, and transportation networks are just a few of the amenities available to guests. Because the region’s roads are unsuitable for cars, residents rely on Jeeps for transportation.

Some of the tourist attractions in Chitral are:

Tirich Mir is the tallest mountain peak in the Hindukush range. In clear weather, Tirich Mir can be seen from a higher location in Chitral Town (such as the rooftop of the hotel where you are staying). It can also be viewed from the King of Chitral’s palace. Apart from the Himalayas and Karakoram ranges, this peak is the tallest on the globe. 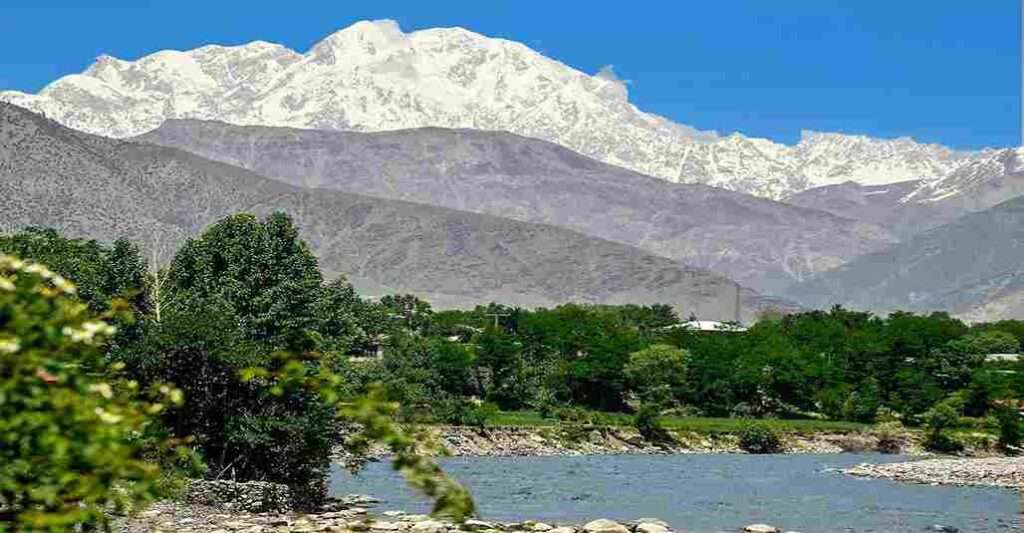 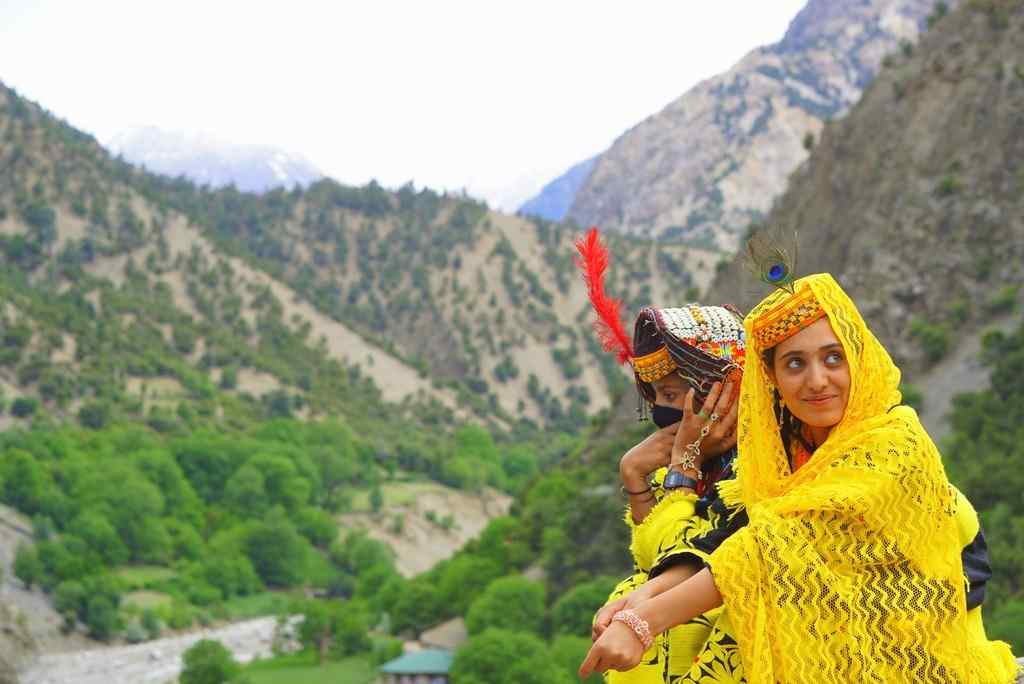 The Chitral Museum, which houses antiques, weapons, and other artifacts from the time of monarchies, gives a wealth of information about the Chitral and Kalash people’s history and culture. 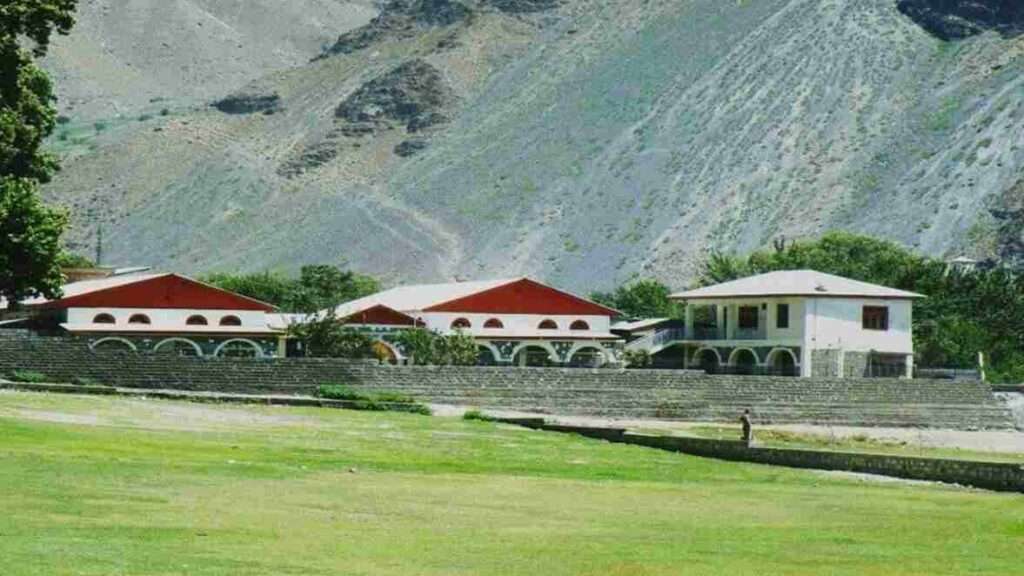 Chitral’s Shahi Masjid was established in 1924 A.D. Shujaul Mulk, the Mehtar of Chitral (1895– 1936), designed it. The mosque is known for its architectural style, which is both energetic and cultural. 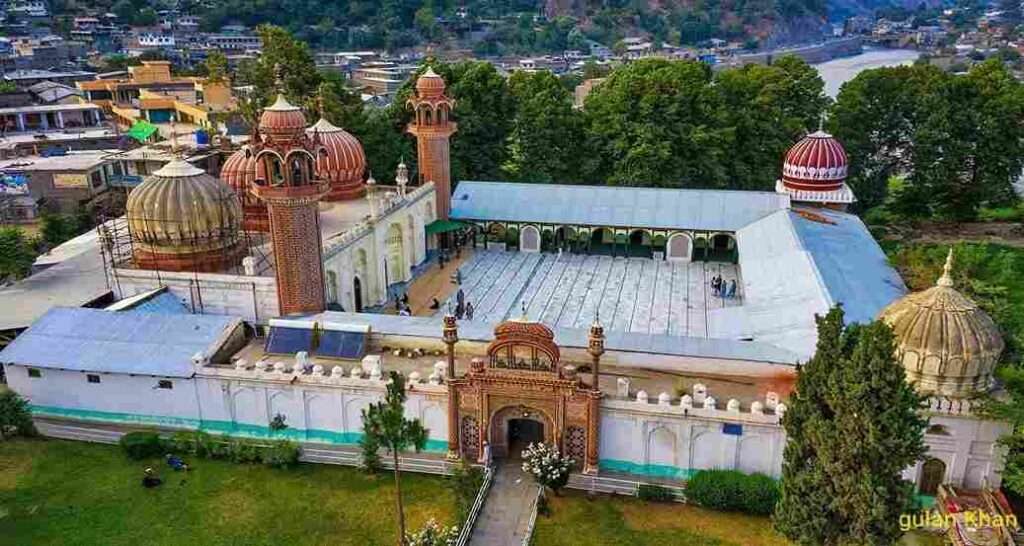 The Chitral Shahi Qila is located next to the Chitral Shahi Masjid. This fort is unquestionably suitable for a kingly abode. Without a doubt, it is a private residence, and you will require special permission to enter. 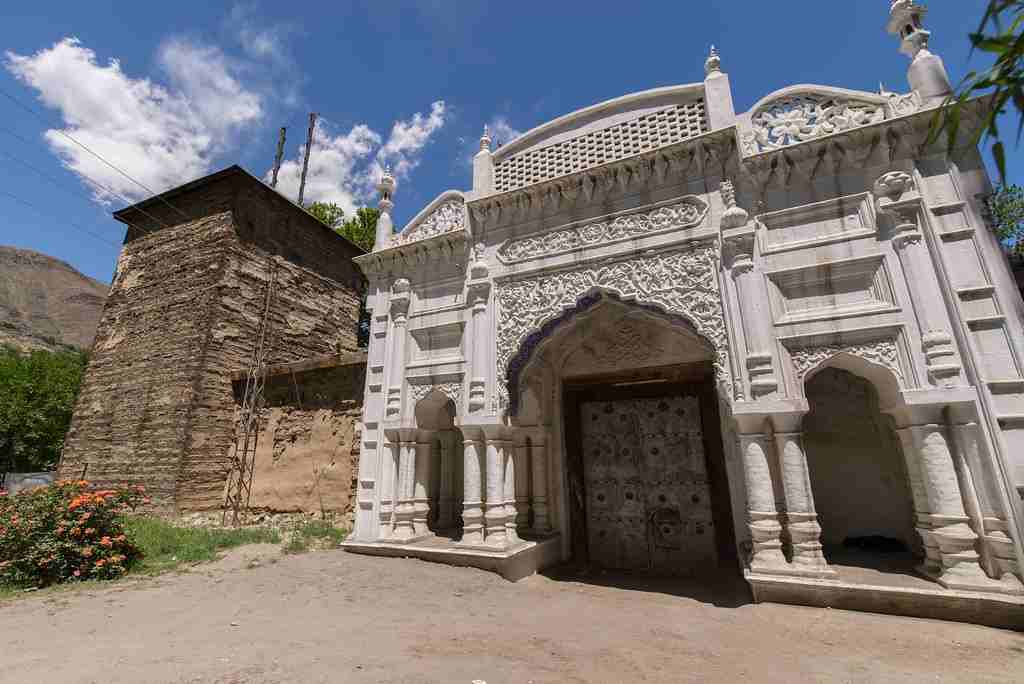 Polo is a well-known and arguably the most popular game in Chitral. In Chitral, there are several polo grounds, the most notable of which is in Chitral Town. A visit to a polo ground will offer you information on the intriguing game of polo, and if you are lucky, you may be able to attend a match. 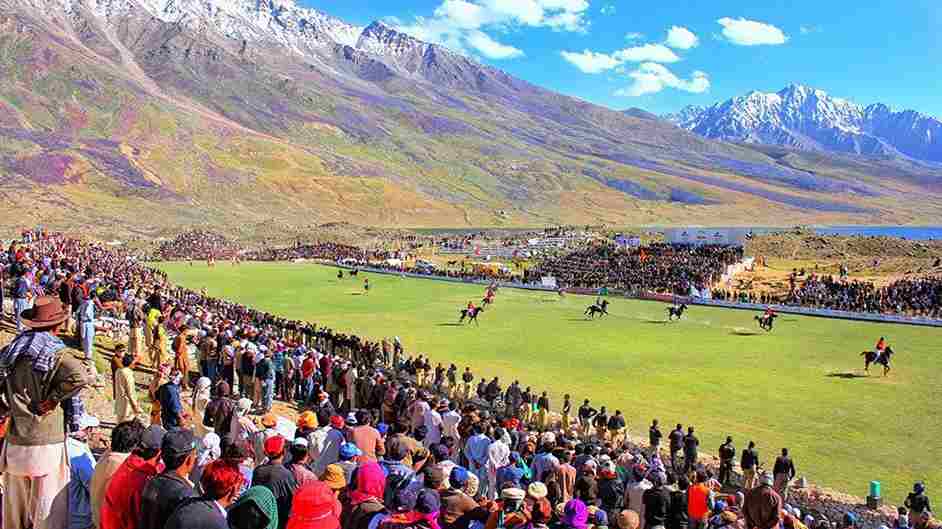 Chitral has yet another beautiful structure. In clear weather, one can easily see Tirich Mir from here. 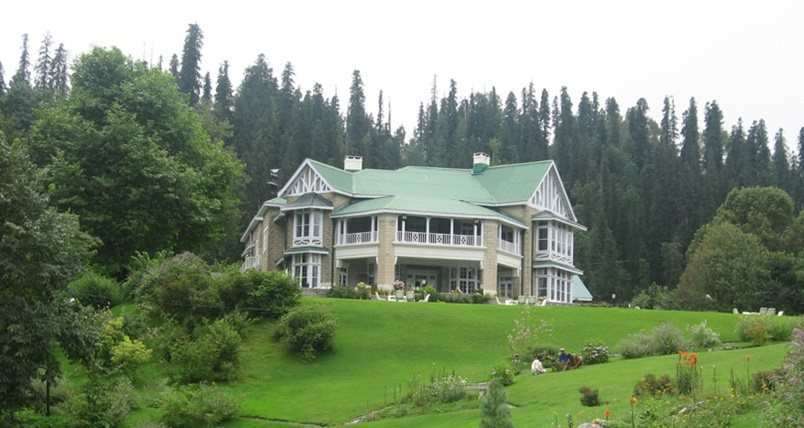 The resort of Barmoghlasht is opulent and attractive. It’s 14.5 kilometers (9 miles) south of Chitral. It is unquestionably a location worth seeing. 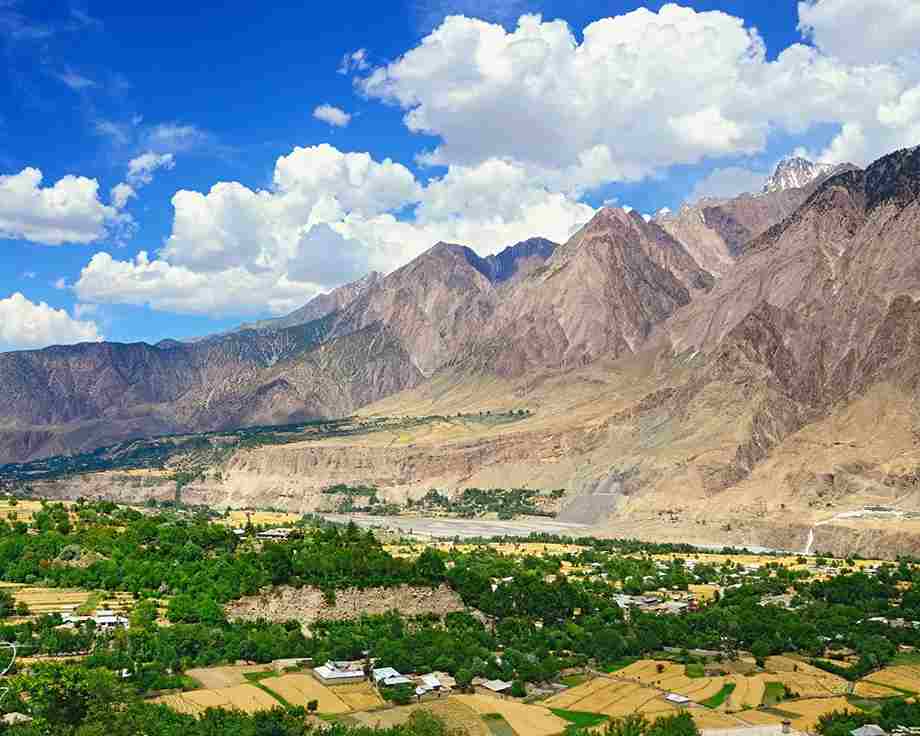 Garam Chashma (warm spring in English) is known across the country and beyond for its warm water springs. In addition to precious stones, trout fish, and a clean environment, the area is well-known. 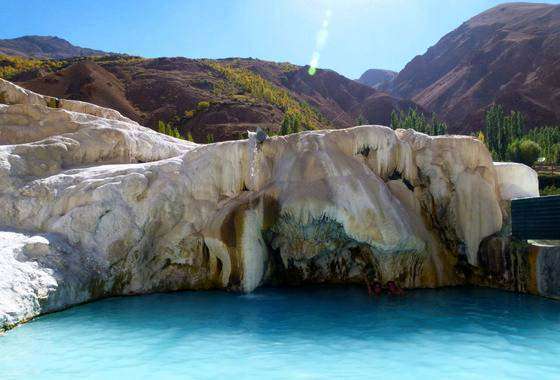 The Ayun Valley is located between Chitral Town and Kalash and is known for its lush green splendor. It is a popular tourist destination due to its natural beauty. It is situated on the banks of the Chitral River. The residents of Ayun Valley, like the rest of Chitral, are hospitable and cooperative. 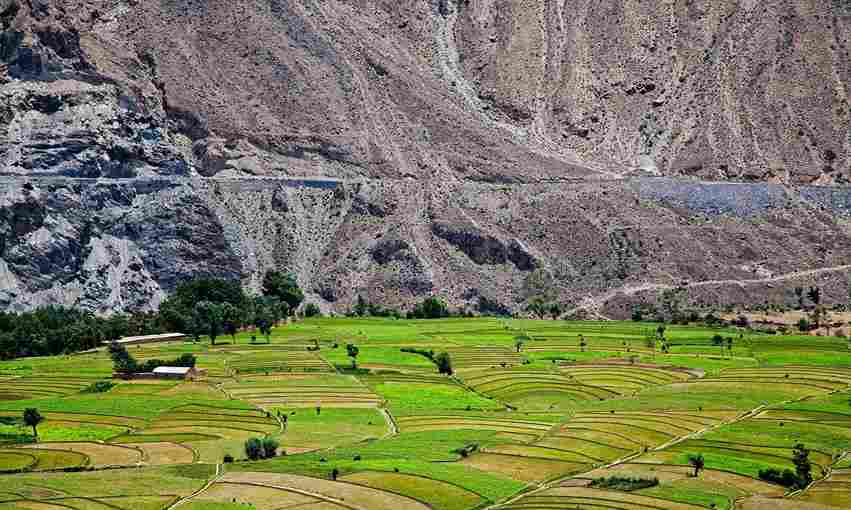 Koghazi and its neighboring Goleen, located fourteen kilometers from Chitral, are a slice of heaven on earth. This region has flowers, fruits, lush green meadows, canals, waterfalls, springs, and beautiful scenery. 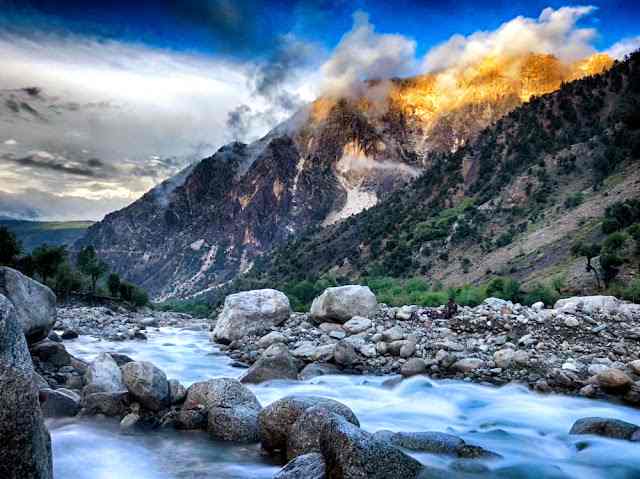 How to get there in Chitral Valley

You can take a flight to Chitral Airport. It is open for tourists and operates twice a week on Friday and Sundays.

The travel from Islamabad to Chitral takes roughly 8 to 10 hours.The most popular land route is from Gilgit, which takes 14 hours if all of the jeeps on the first 5-7 steps of the route are coordinated. This is regarded as the safest and most scenic path.Peshawar is another land route. Jeeps depart Khyber Bazaar at 4 a.m. for Chirtal Mayoon (Rs 600) and take 14 hours to cross the scenic Lowri Pass. However, owing to fighting, this route has been closed on occasion, so check current conditions before arranging your trip.

Minibuses run from Peshawar to Chitral when the passes are open. The Malakand and Lowari passes are crossed throughout the trek, which takes around 12 hours. In the winter, the route is frequently closed owing to snow. Only at night do direct buses travel. You’ll have to change buses at Dir if traveling during the day.Shared jeeps go from Chitral to Mastuj and Chitral to Khot Valley, where the NATCO bus to Gilgit can be boarded. This will necessitate a stay in Mastuj.

Where to Stay in Chitral

People who travel to Chitral from all over the world require accommodations such as resorts and hotels. Some of the famous hotels in Chitral are: 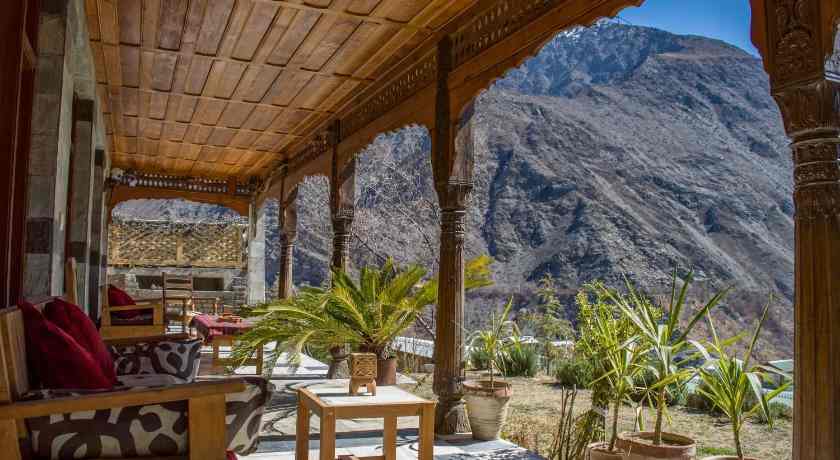 The Manzar Hotel is a three-star hotel in the Dir Valley. Dir is a tiny town in the Chitral region of Pakistan. This hotel is located in Chitral Dir’s main bazaar. The hotel’s initial minimum rent is 3000 PKR.

Nagar Fort and resort in Chitral 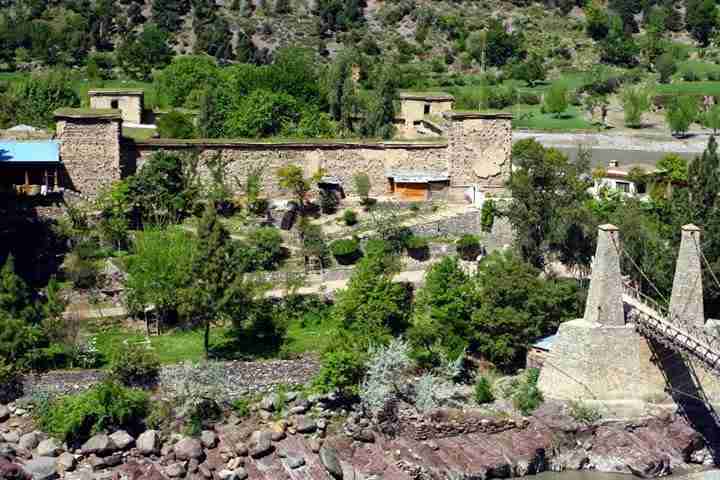 In Chitral, there is another hotel. This hotel can be found halfway between the Lawari Pass and Chitral. This pass is also known to exist in the Chitral “lowari.” This hotel’s minimum room rental is 3000 PKR. 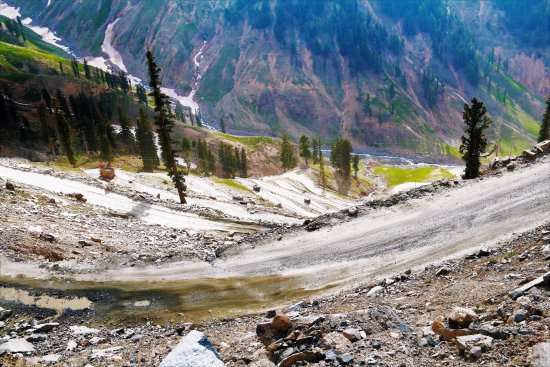 This valley, which has a number of hotels and guest houses, is gradually becoming less Kalash and more Muslim. Fortunately, there are still a few Kalash-run places to stay where you can soak up some culture. In Brun, Kalash House is a simple but welcoming guesthouse with camping space. There are two additional Kalash-owned guesthouses nearby in case it’s full: Kalash Galaxy and Kalash View are two different types of Kalash. 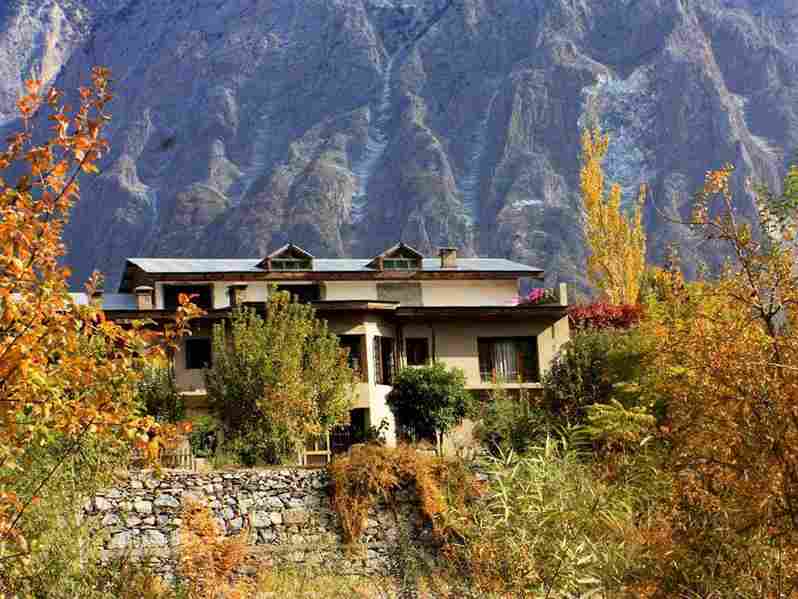 Luxurious hotel in Chitral with modern amenities. The minimum rent is 6500 PKR. The hotel is surrounded by beautiful and attractive sights. 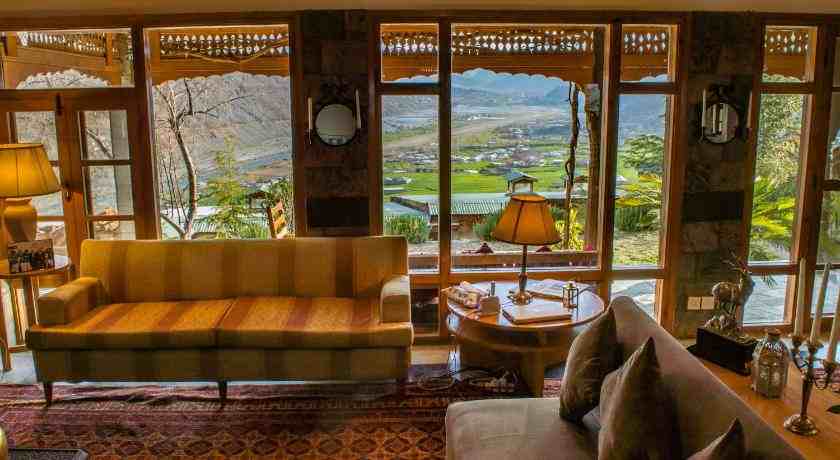 Hindukush Heights Hotel, Chitral is located in Singur and features an outdoor pool and sauna. The on-site restaurant is available to guests. On-site parking is available for a fee. For your convenience, some rooms include a seating space.In some rooms, there is a terrace or balcony. A private bathroom is provided in each room. At the resort, there is a free shuttle service. This hotel has table tennis, and horseback riding is popular in the neighborhood. The hotel also provides automobile rental services. 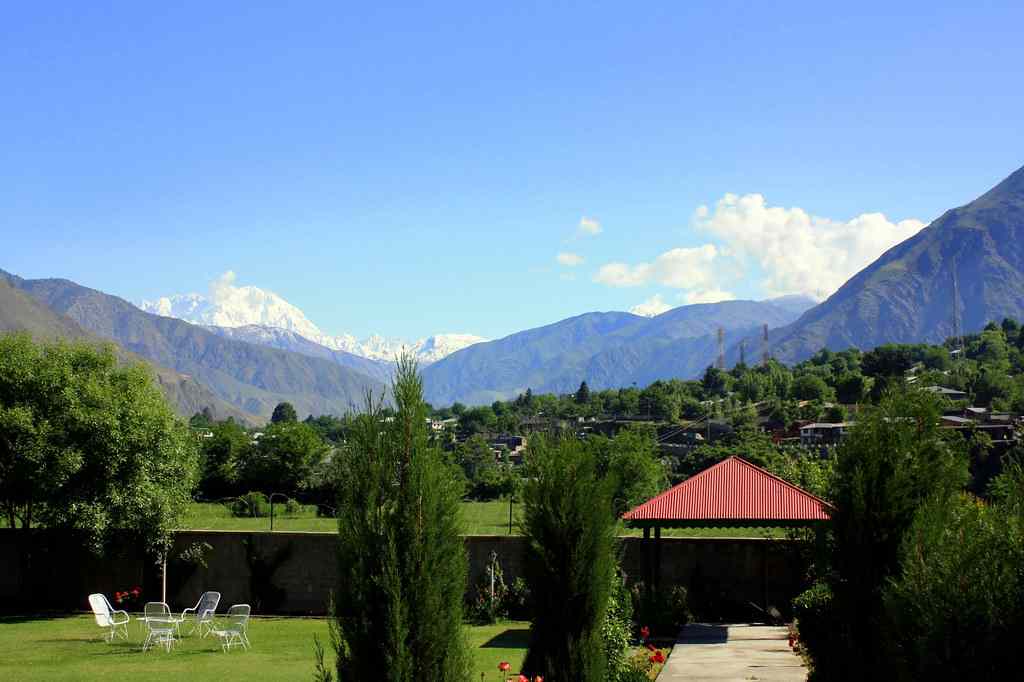 With a stay at Tirch Mir View Chitral in Chitral, you’ll be in the mountains. A 24-hour front desk and laundry facilities are among the hotel’s services. On-site self-parking is available for a fee. In one of the 32 guestrooms, you can make yourself at home.You may stay connected with free wireless Internet access, and cable programming is available for your amusement. Showers and complimentary toiletries are provided in the bathrooms. Fans are supplied as a convenience, and housekeeping is available upon request. Irons and ironing boards can also be obtained.

Food and Culture in Chitral

Chitral’s own culture, which has evolved over millennia and includes more than a dozen ethnic groups communicating as many languages as there are languages, is strongly tied to those of Central Asia and China rather than South Asia.

Chitral and Kalash people are also known for their incredibly unusual clothing and dances, as well as their love of music (Especially the tribes of Kalash). During festivals, drums are played, and the women dance in a circle while some elderly folks sit on the side and sing old melodies.

The Chitrali Topi is another name for these Pakols. A number of festivals are also held here, including Chitrali traditional music, folk tales, and female and male members performing traditional dances. 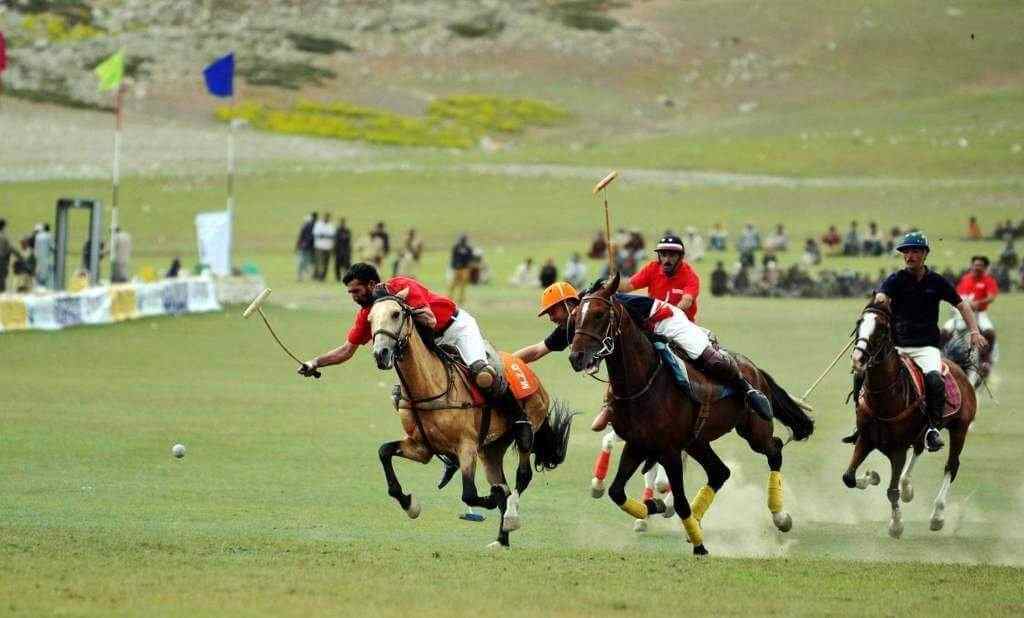 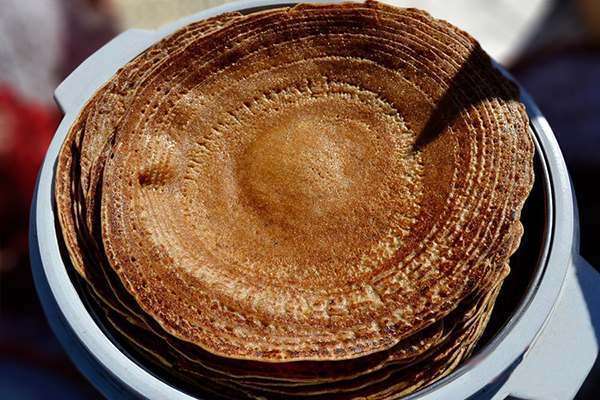 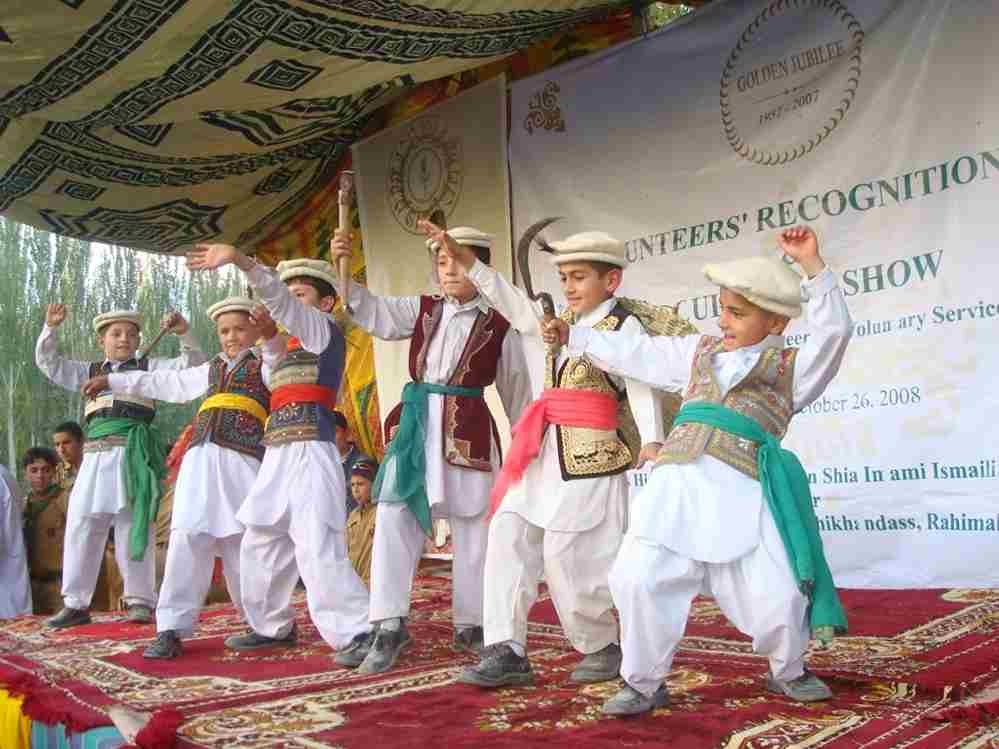 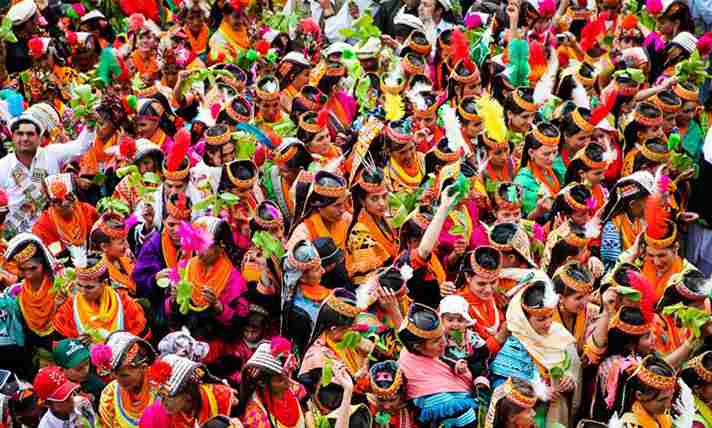 Khowar is the most widely spoken language in the region, with 98% of the population speaking it, while Kalash people speak Kalasha. Urdu, the national language, is also spoken and understood by the locals.

The majority of the people in Chitral Valley are Kalash polytheists who believe in numerous gods. They worship a variety of gods and hold a variety of religious festivals.

Weather in the Chitral Valley 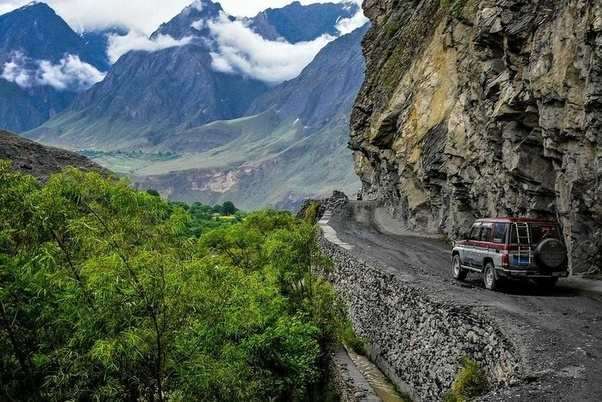 Furthermore, the region’s average annual rainfall is 102 mm. The Hindu Kush range, where the glaciers are found, with temperatures as low as -30 degrees Celsius.

Mobile Network and Internet in Chitral

Chitral is one of KPK’s most distant districts, with a high literacy rate across the province. The importance of having access to the internet has long been recognized in the area. PTCL has just launched cable-based internet (broadband) technology.

All the mobile networks work well in the valley. You will not face any difficulty with the mobile network. Jazz/Ward, Telenor, Zong, Scom, and every network provide you good network to stay connected with your loved ones.

Tourists gather in large numbers to witness this valley’s amazing grandeur of nature, making Chitral Tours quite popular. Many people dream of spending their vacations in Chitral’s beautiful highlands. Visit select Chitral Tour Packages and allow us the privilege of giving you some once-in-a-lifetime experiences.

Chitral Valley Tour (05 Days / 04 Nights) is ideal for those who want to immerse themselves in the peculiar culture of Kalash Valley while taking in the stunning scenery.

In addition, ideal 3* and 4* hotels are available for friends, families, and honeymoon couples to make their trip pleasant, comfortable, and memorable.

Walking tours, bus excursions, and even river tours on a boat are all options for Chitral tour guides. Tour guides are frequent residents of the region in which they conduct tours and are frequently engaged by visitors’ bureaus or travel companies.

Irrespective of the tour guide’s Chitral speciality, all professions have some essential tasks. Their main responsibility is to keep everyone on tour as safe as possible. They’ll monitor the group’s activities in Chitral to ensure everyone adheres to the site’s or guide’s safety standards.

In some cases, they may be compelled to provide first-aid or emergency assistance to guests. In Chitral, tour operators usually organize the itineraries. Before giving the trip, they will undertake considerable study and be well-prepared and organized for each step of the operation, from greeting guests to arranging transportation between locations. 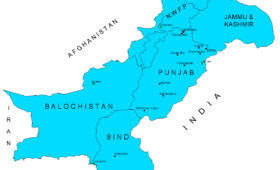 50 best places to visit in Pakistan