Astore Valley is recognized for its abundant natural beauty and proximity to many of the world’s most distinctive mountain magnetizations. At the height of 2600 meters, this beautiful mountain hamlet has access to necessities, communication, and standard commercial amenities.

In addition to its incredible beauty, the valley’s landscape is also incredibly diverse and contrasted, providing the adventurous traveler with a seemingly limitless number of trekking options and the chance to fully immerse themselves in a culture that not many tourists have ever had the opportunity to experience.

It would take a long time to explore the valley because of its immense size fully. Deosai Plains, Rama Lake, and Rupal, according to several local Pakistanis, are the spots you should see. These locations have natural beauty, but despite this, they also tend to be the most commercial due to the influx of local tourists throughout the summer. Let us have a look at this complete travel guide to Astore Valley.

Astore Valley, 120 km long and 5,000 km2 in size, is located in the Gilgit-Baltistan region of northern Pakistan. The valley lies close to Nanga Parbat’s eastern slope, which climbs to an elevation of 8,125 feet and is known as the Killer Mountain since it is one of the riskiest mountains in the world.

The weather in Astore is often cold but temperate, with substantial rainfall occurring even in the driest month. The valley experiences pleasant summers with temperatures between 21°C to 8°C. However, the winters are cold and snowy because they can get as low as -4.5°C.

Astore’s yearly average temperature is 8.4°C, according to records. In addition, there is 427 mm of rainfall annually. 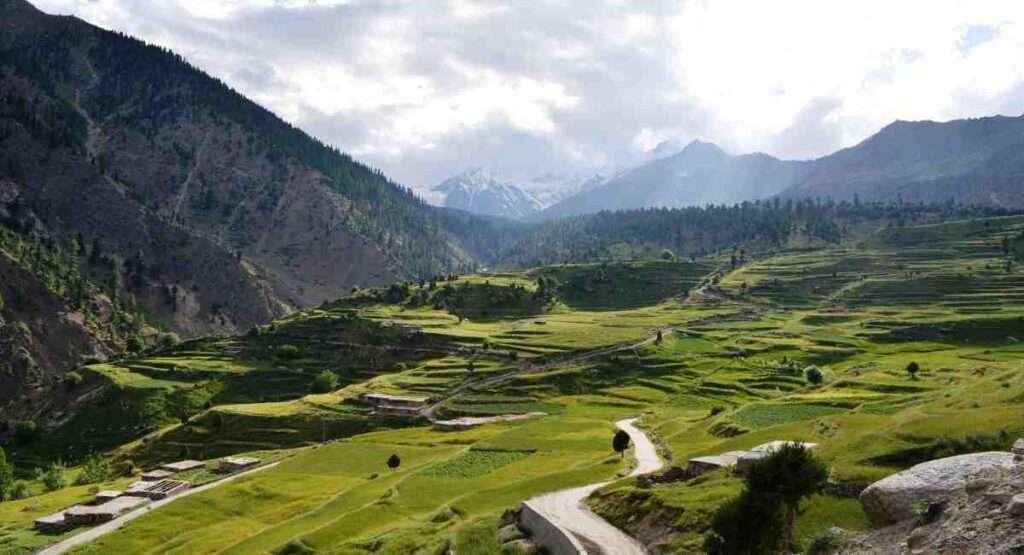 Only from June through September in the summer may one get a glimpse of Astore’s true splendor. The best time to visit the valley is now. It is dangerous to travel to Astore during the other seasons because of the weather, which is extremely harsh. In particular, during the winter, there is a high likelihood of severe rain, snowfalls, and terrain sliding, all of which might make it challenging to reach this stunning location.

Where to stay in Astore?

The greatest place for travelers to stay is at the magnificent PTDC Motel in Rama because of the top-notch amenities. Other choices are given below:

Featuring 24-hour room service, dry cleaning services, free wifi, and a restaurant, Rama Midway Guest House is a place that you should not neglect when in Astore. This guest house also provides free self-parking and free cooked-to-order breakfast. 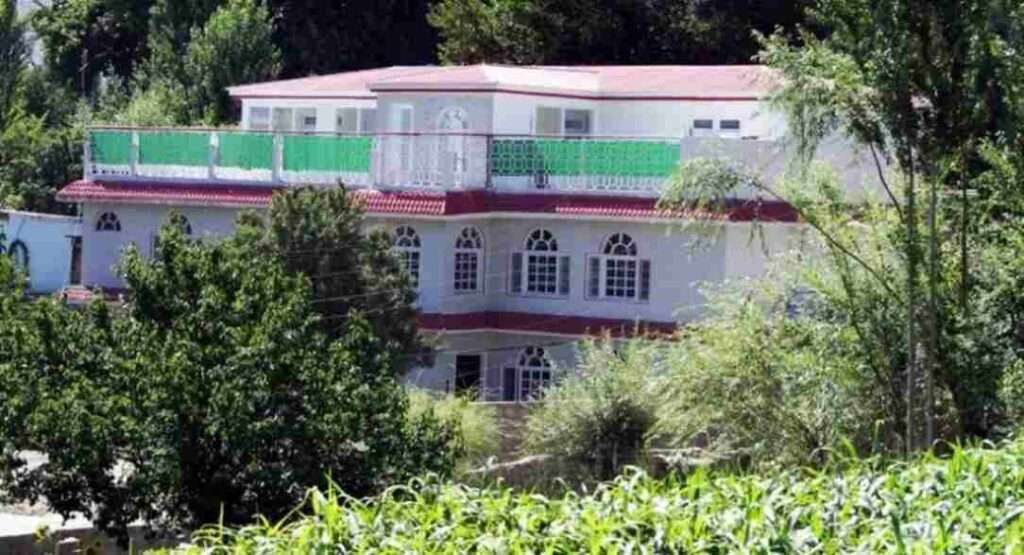 Coming with a garden, terrace, free wifi, TV, restaurant, and daily housekeeping services, Fairymeadows Inn is one of the best places to stay in Astore. All the guestrooms of this hotel feature premium bedding.

Types of rooms in Fairymeadows Inn: 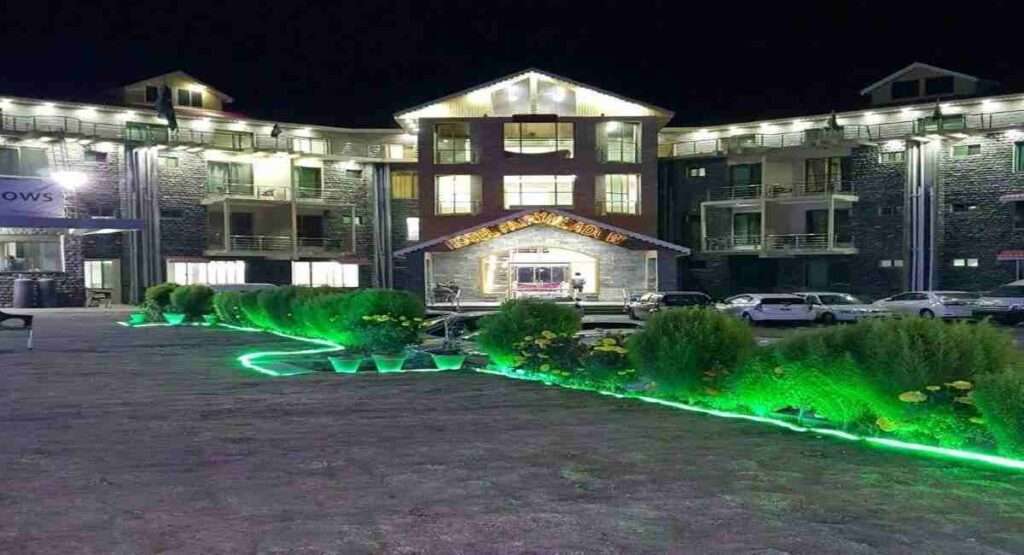 This hotel in Astore has guestrooms coming with separate dining and seating areas. 24-hour front desk services, TV, restaurant, and laundry services are some of the main features of Astore Inn Hotel & Restaurant. 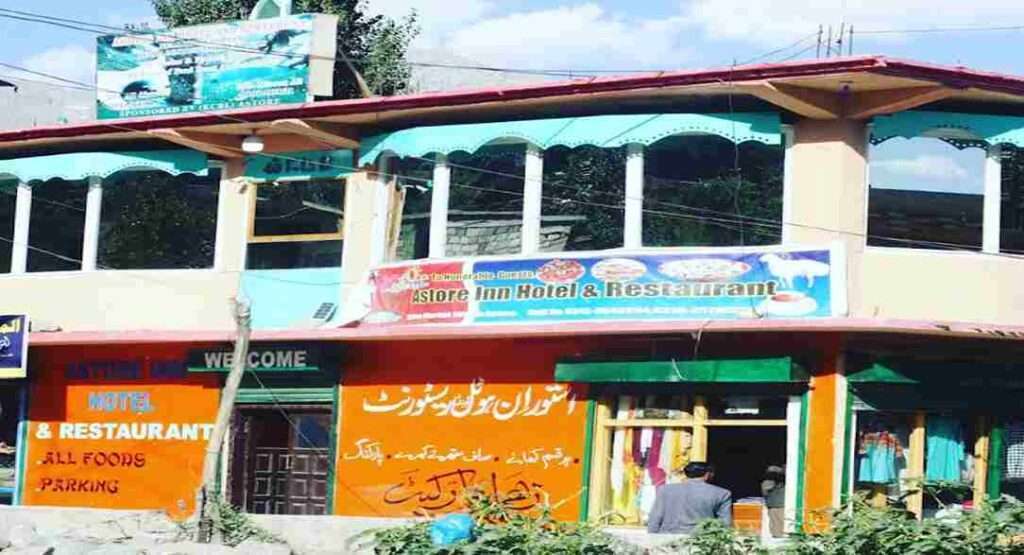 Coming with a garden and terrace, Wazir Guest House Astore is an ideal location to stay while you are in Astore Valley. Wazir Guest house Astore offers free parking. In the morning, the hotel serves your continental breakfast. 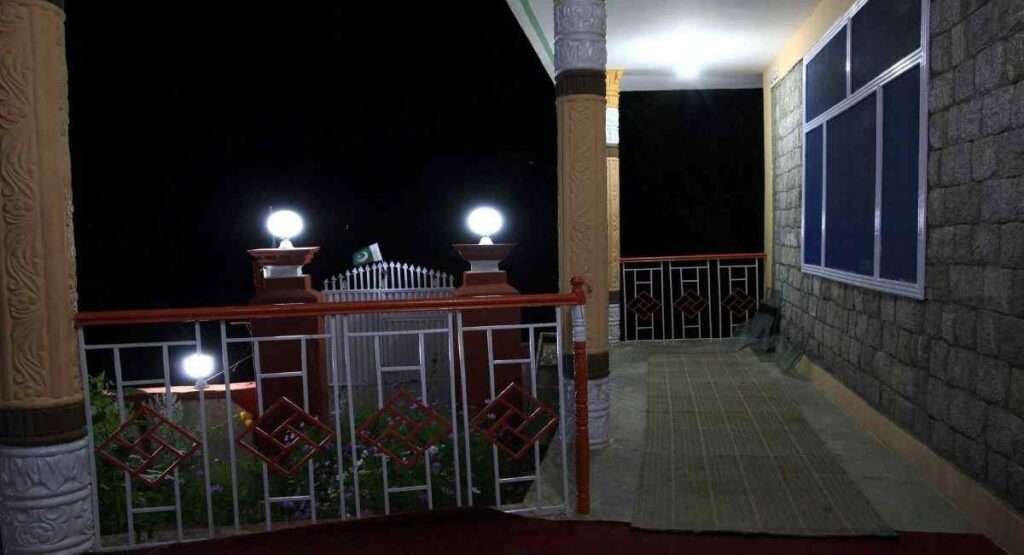 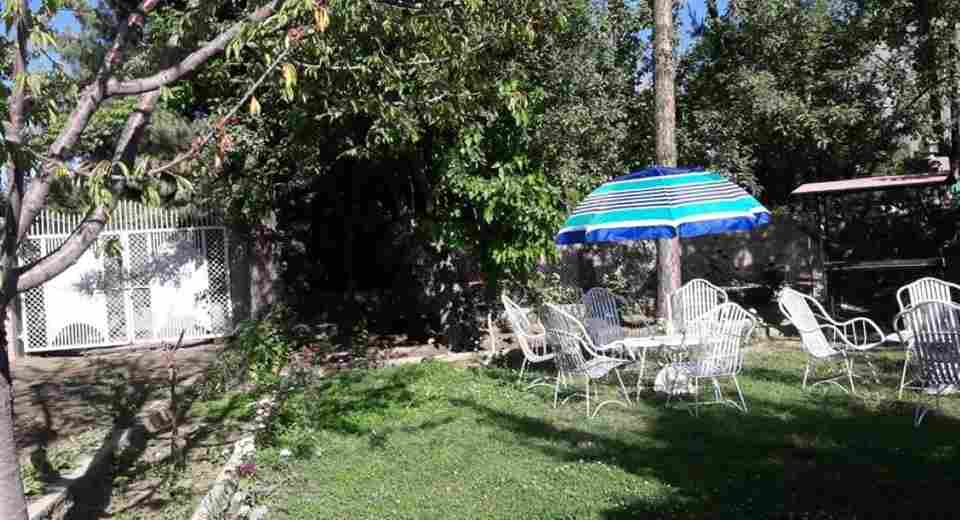 Things to do in Astore

One of Astore’s most picturesque tourist destinations is Rama. The meadow in Rama is regarded as one of Pakistan’s most beautiful. Rama Meadows is the ideal destination since it has verdant green meadows, alpine trees and bushes, a clear lake, and views of the mountains. 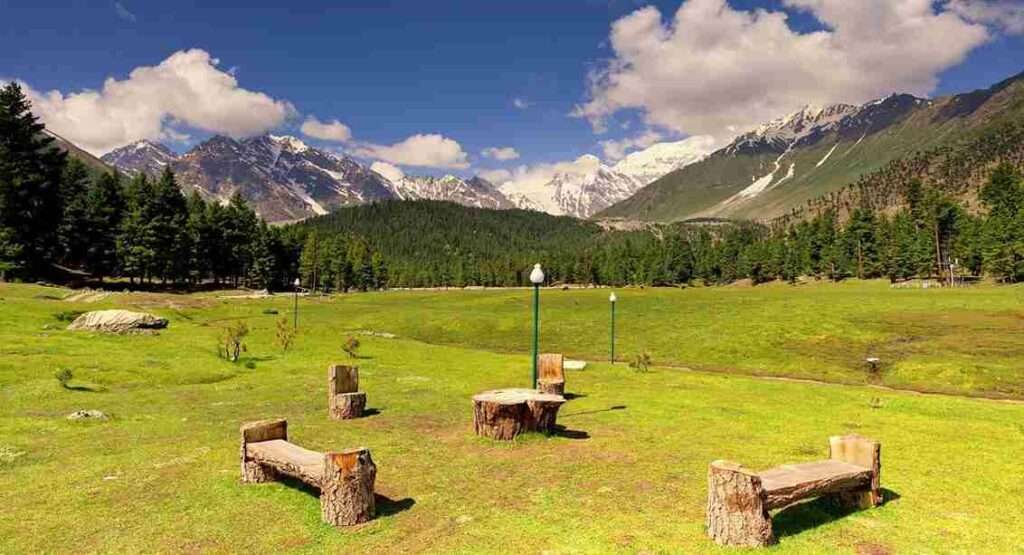 Astore is around 42 kilometers away from Rama Lake, a breathtaking lake that is situated in Rama Valley. The Karakoram Highway takes 2 to 3 hours to get from Fairy Meadows to the lake. The Rama Lake is surrounded by a variety of medicinal herbs, ibex, rock partridge, musk deer, and snow leopards. The summer months are the ideal time to visit the lake. 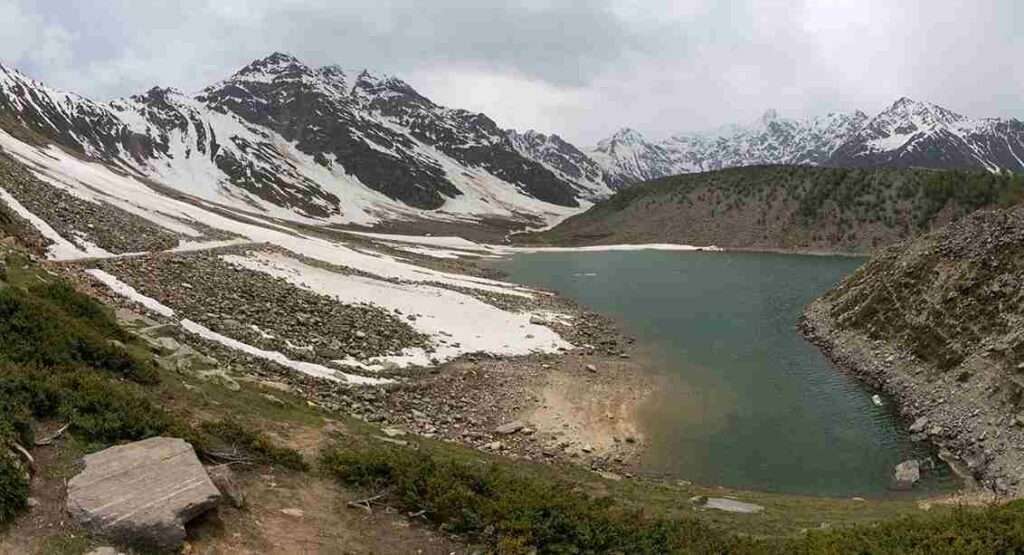 Minimarg, a picturesque village in Astore at an elevation of 2,844.6 meters, is renowned for its warm and friendly residents, scenic splendor, grass slopes, lush fields, brilliant streams, and a dense pine forest. The months of July and August are ideal for travel. Burzil Pass can be used to access Minimarg. 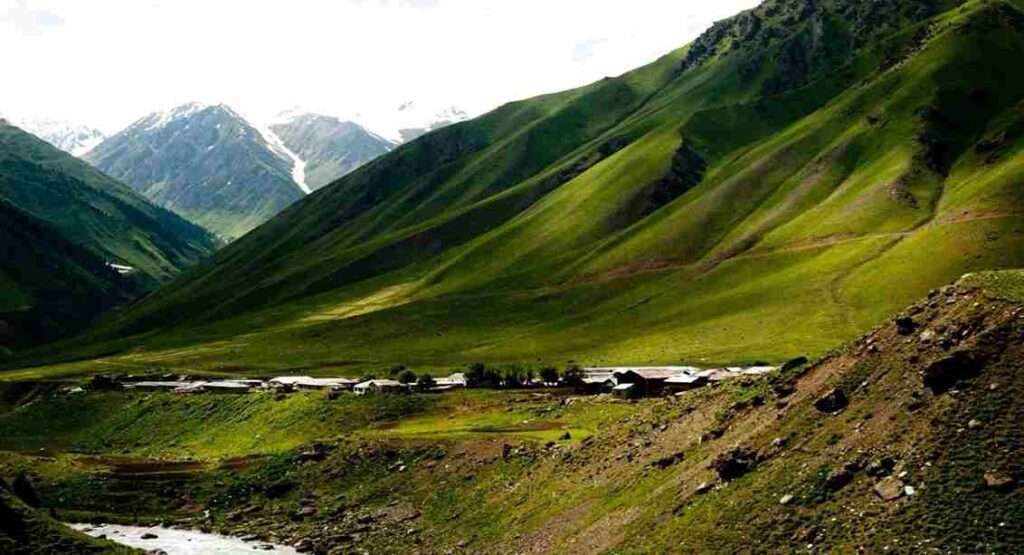 In the Diamer District of Astore, Nanga Parbat is located at an elevation of 8,126 meters above sea level. It is ranked as the eighth-highest peak in the globe and the second-highest mountain in Pakistan after K2. The Himalayan Mountains are anchored to the west by Nanga Parbat. The mountain has a spectacularly steep peak that rises over the neighboring peaks and is locally known as Diamer, which means a “big mountain.” Because Nanga Parbat is famously tough to hike, it has the moniker “Killer Mountain.” 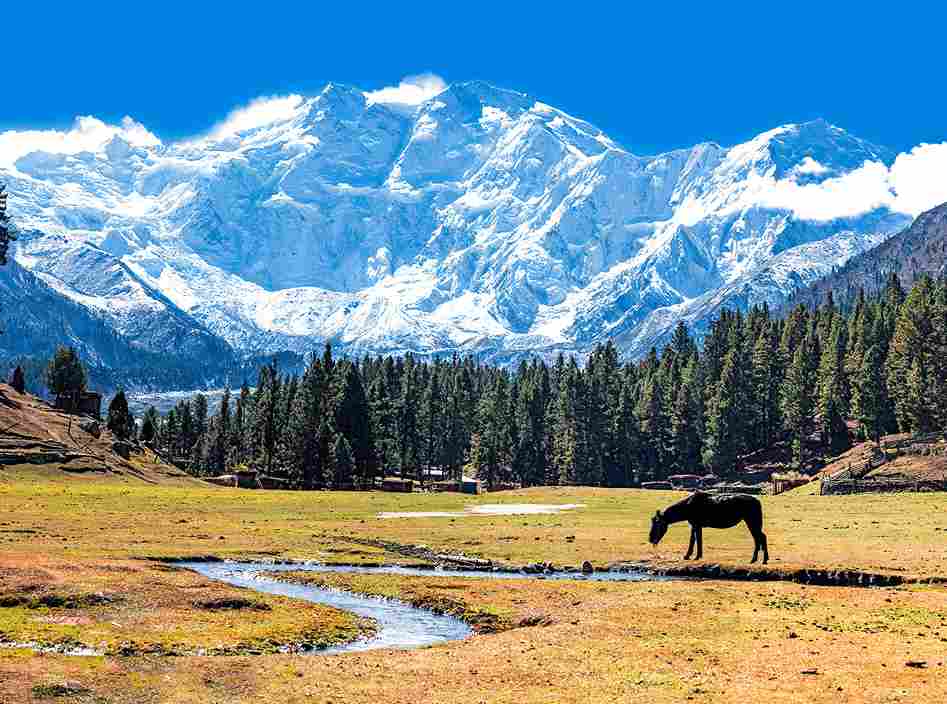 On the trade route connecting Gilgit and Srinagar, Domel Domel is located in the Minimarg Valley of Astore at an elevation of 2845 meters. There are majestic mountains covered in lush foliage, a dense pine forest, and a natural lake known as “Crystal Lake” in this area. This lake and Rainbow Lake are connected. The melting of wintertime mountain ice produces Crystal Lake’s water. 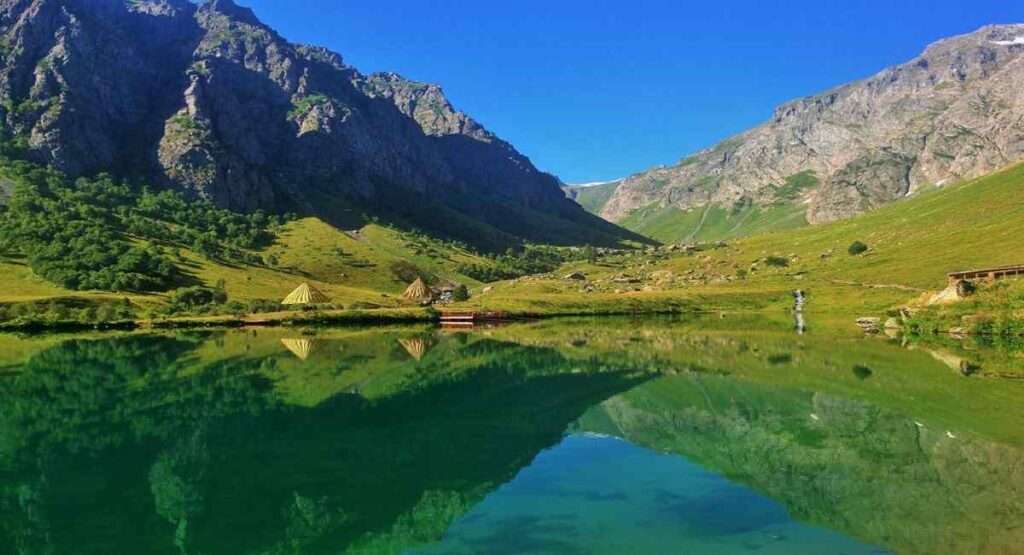 Deosai, often known as “The land of Giants,” is the second-highest plateau in the world, rising 4,114 meters above sea level. It covers an area of 3,000 km2, is picturesquely beautiful, and is home to Ibex, wild horses, snow leopards, Tibetan blue bears, and brown bears. It also has the spectacular Shausar Lake. Through a vehicle safari from Gorikot, Gudai, Chilum, or a trekking trail, one can reach the Deosai plains. They are also accessible from Skardu. 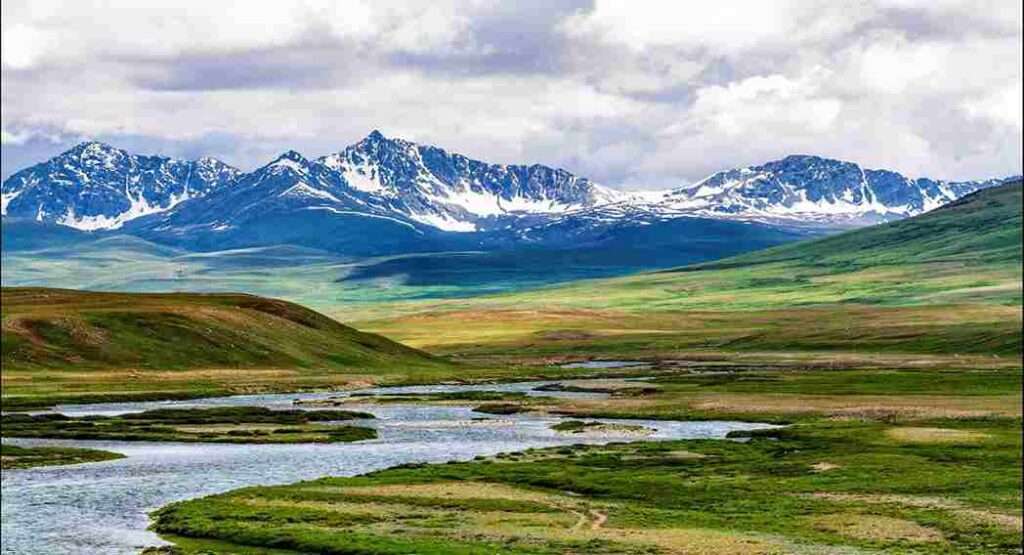 There is a small settlement named Nagai on the way to Domel that is made up of tiny wooden huts that are hidden by woods. This village’s crown treasure is the indescribably beautiful Rainbow Lake. Its name refers to how the water, which is crystal pure, changes color during the day. An artificial lake called Rainbow Lake receives its water from nearby springs and streams. 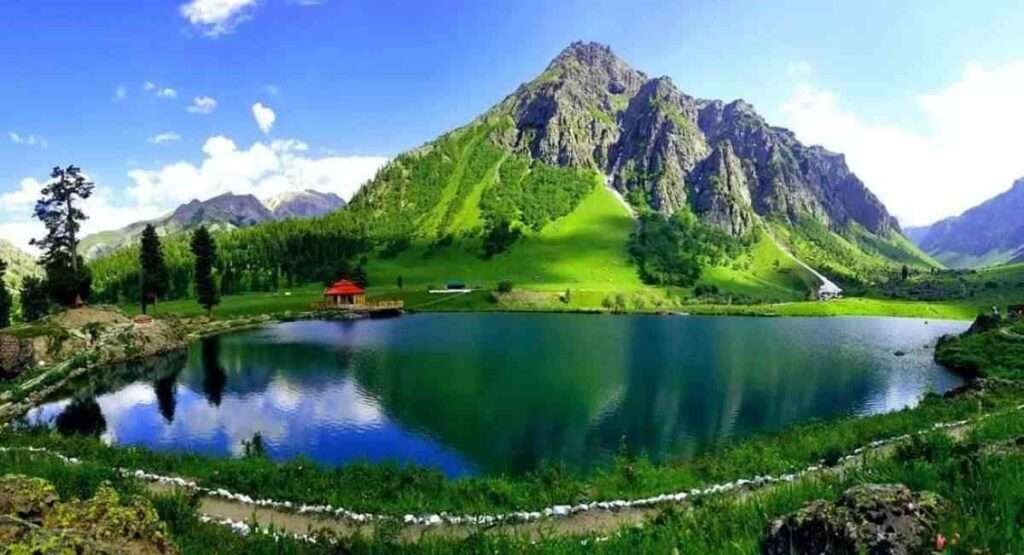 Activities you can do in Astore

All climbing activities in Astore Valley are centered on the Nanga Parbat massif. For climbers who want to attempt the eight-thousanders, this Killer Mountain presents the greatest difficulty. The Chongra and Rupal peaks, among other climbing options, are the main draws for climbers in the Astore valley.

The Astore Valley offers some fantastic chances for hikers as well. These options range from easy hikes to challenging technical expeditions. Rama pastures and lake, Tarishing to Fairy Meadows via Mazeeno Pass, Tarishing to Rupal and back, Astore to Skardu via Deosai Plateau, Astore to Skardu via Banak Pass, Minimarg to Domel and Chotta Deosai, and Kamri to Taobutt in Neelam Valley are important to mention as well as other well-known routes for trekkers.

Beyond Chilam, in the direction of Minimarg, is a restricted area that requires authorization from FCNA Headquarters in Gilgit.

How to get to Astore

From Islamabad to Astore

Every day, commuter buses and vans from different firms run out of Rawalpindi to reach Astore. The journey takes 18 to 24 hours. The 112 km journey by local buses from Gilgit to Astore typically takes 4 hours.

The road from Gilgit to Astore may become impassable due to heavy snowfall or landslides. The route from Raikot Bridge to Astore Valley, however, is a metalled road that may be traveled in well-maintained vehicles.

Gilgit Baltistan is reached daily by two PIA flights from Islamabad, each of which takes 45 minutes to complete the journey. Astore is reachable from Gilgit by a 98.2km trip that takes 4 to 5 hours to complete.

Astore comes from a multilingual background. Shina is an Indo-Aryan language that is spoken by the majority of locals. However, Urdu is Astore’s official language. In addition to Astori, Chilasi, Drasi, Gilgiti, Gurezi, Jalkoti, Palasi, Kohistani, and Kolai, Shina also has a number of dialects. The language has lately been given a standard orthography.

The majority of the population of Astore speaks some English in addition to Urdu and Shina.

The people of Astore generally value music and art. As a result, the people frequently perform musical pieces using instruments like the Sitar, Rabab, Duff, Damal, Surnai, and Gabi at weddings, festivals, and other such occasions.

There is no historical literature or poetry from the valley because Shina is a phonetic language. Instead, local singers and craftspeople relate traditional songs and folklores in order to disseminate the poem. 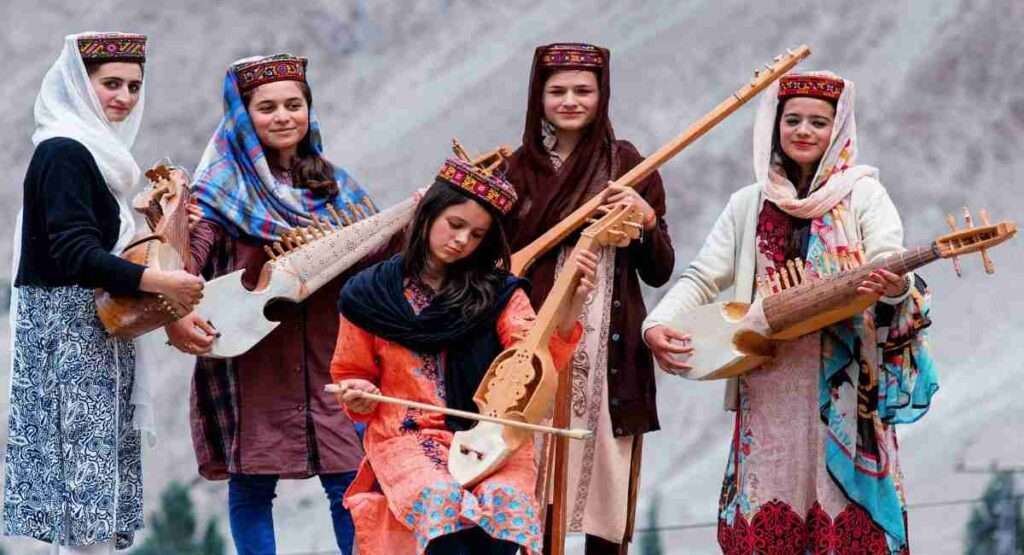 Locals place high importance on the welfare, solidarity, and respect of families. The joint family system is therefore common in Astore. The majority of unions are arranged, and families often choose their life partners. There are fairly few divorces.

Gilgit Baltistan is the only place where the traditions of Astore Valley are practiced. Locals hold their religious and cultural values in the utmost regard.

In Astore, men typically don Shalwar Kameez and a Gilgiti cap. The women, meanwhile, dress in traditionally embroidered Shalwar Kameez and accessorize with silver jewelry set with precious stones dating back centuries. A classic Iraghi Cap with Silver Touch is also worn by some girls with loose Trousers or Phirwal and a tunic called a Kurtani, Dupatta, or Shawl.

While distances are typically small, due to the state of the roads, automobiles rarely go faster than 10 km/h. If you’re traveling in a Jeep, you should stay there for at least four days to experience the valley at its best. If possible, you should add 2 or 3 extra days if you plan to go by public transportation.

A number of travel agencies offer 5/6 days tours to this beautiful valley.

The majority of PACKAGES INCLUDE Full Transfers., Pick and drop from/to. Private transportation from Gilgit Airport in Corolla Xli, including driver and fuel costs.

Complete the suggested sightseeing in the Rama, Astore, and Gilgit Valleys.

It takes so long to completely appreciate the splendor of this magnificent area, which is regarded as a historical paradise unspoiled by the outside world. The most intriguing way to take, however, is the trading and communication route that connects Gilgit-Baltistan with the Indian subcontinent, as this was the route used for trade between Gilgit and Kashmir. To study and import Kashmiri goods, locals used to travel to Srinagar in Kashmir. The valley, which has 70,000 people living in 100 settlements, has a very diverse population. Herbal remedies can be found in Astore Valley. 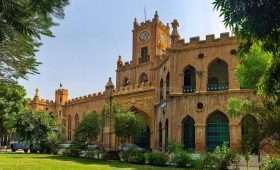 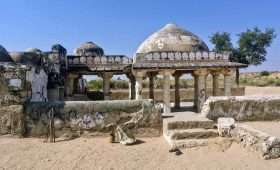 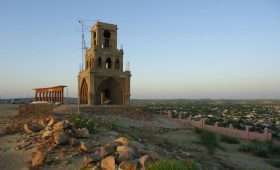