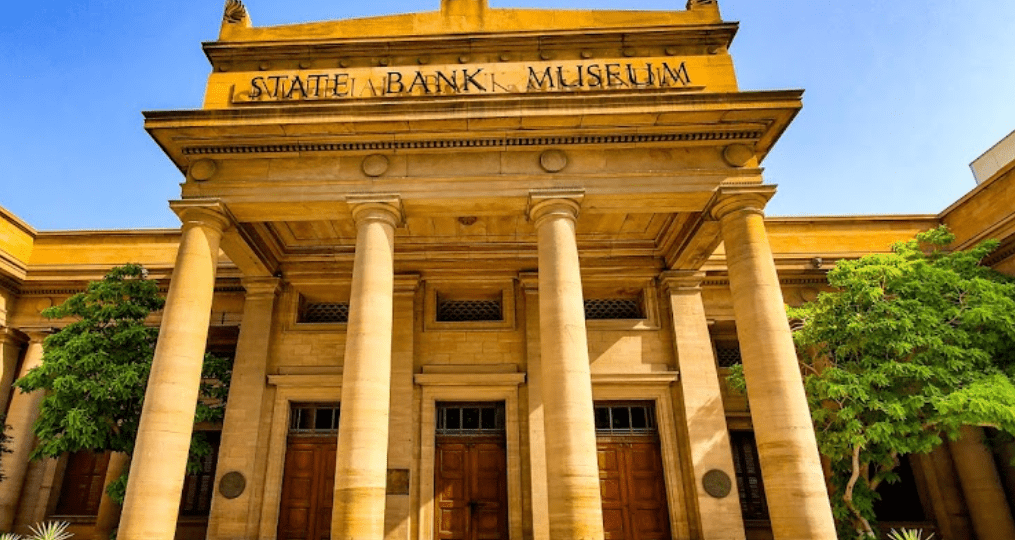 The building built in 1920 with pink stones from Jodhpur was called the Imperial
Bank of India until the establishment of Pakistan. Later it was used as the main
building of the State Bank of Pakistan and then as a library. In 2004, it was decided
to build a financial museum here. It was inaugurated in 2011. Efforts have been
made to cover the 4000-year history of currency in this unique museum of its kind in Pakistan.
A map has been placed for guidance as soon as you enter the museum. In the Governor’s Gallery,
photographs of former State Bank Governors, a brief history, and the table,
chairs, and telephone set of the first State Bank Governor Zahid Hussain have been preserved.
Coins dating from 2500BC to 2010 have been held in two coin galleries.
Outside the Queen’s Gallery, there is also an iron door of an old vault or bank’s substantial room.
Artifacts in the gallery can be viewed through three-dimensional (3D) visualization
through a modern projector installed in the Kwa Yen Gallery.
The spacious hall of the museum also houses Pakistan’s first ATM machine,
an early currency note printing machine, an ancient coin minting machine, and a drum-like box used for drawing prize bonds. In the stamp gallery,
stamps from 3000 BC till date. are under the display.
The currency gallery has also kept some samples of Pakistani and international
currency from the establishment of Pakistan to 2010. The State Bank of Pakistan gallery
displays the history of the bank from its inception to 2010 through charts and documents.
On the ninth floor of the table, there are wall-sized pictures made by the
famous artist Sadegheen in Sadegheen Gallery. Part of the museum is reserved for
temporary exhibitions. There is also a mini theater to facilitate the screening of various
documentaries on public demand. The museum is an asset to students of history and economics
in addition to the general audience. 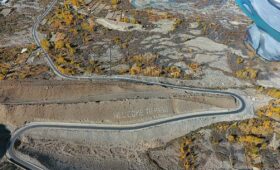